After getting the bikes together we had a light lunch at Spezial and then headed down the Canal bike path to Hirschaid. We had to make some stops along the way to adjust this and that but we were soon at Brauerei Kraus in Hirschaid.

Bob and I had the Lagerbier and Tom the Pils. Tom made the better choice as the Lager had quite a bit of diacityl and it was really hard to finish. I had planned to have two as our next stop didn't open until 3pm but we moved on anyway.


We retraced our path a bit and then turned west towards Pettstadt. To get there you have to take a little ferry across part of the Regnitz. It is un-motorized, powered by the current, pivot points and a bit of human muscle. The ferry costs a Euro but is well worth it.

Since the Schrauder Keller doesn't open until 3pm, we road thru town to find Gastätte Schrauder but they were closed for a few days, not opening until the next match that Germany has in the World Cup. So we headed to the keller and just waited for them to open.

After about a half hour wait (very pleasant sitting the keller by ourselves) the counter opened and we were soon all drink the delicious Kellerbier from Löwenbräu Buttenheim. It was so good we had another. We might have had a third but there were some dark clouds coming in and we thought we'd head back towards Bamberg is case it rained. 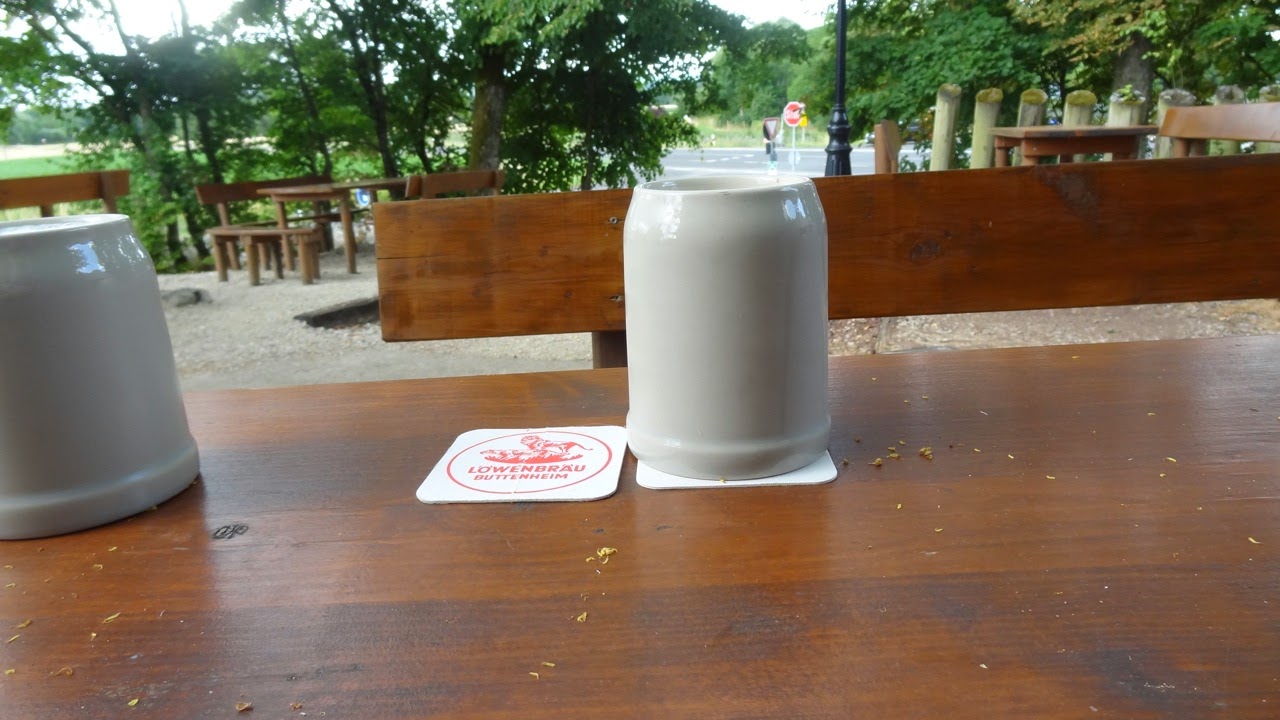 We were riding up thru the Hain and were soon at the Bootshaus. We stopped for some beers from Brauerei Kundmüller of Weiher. I had the lager and Tom and Bob the Pils. Both were very drinkable.

It turns out Bob had never been to Spezial Keller, so we worked our way over to Judenstrasse and then up the Stephansberg. Tom and I walked our bikes up the hill but Bob actually made on the bike (or so he says, we was out of view for a while). 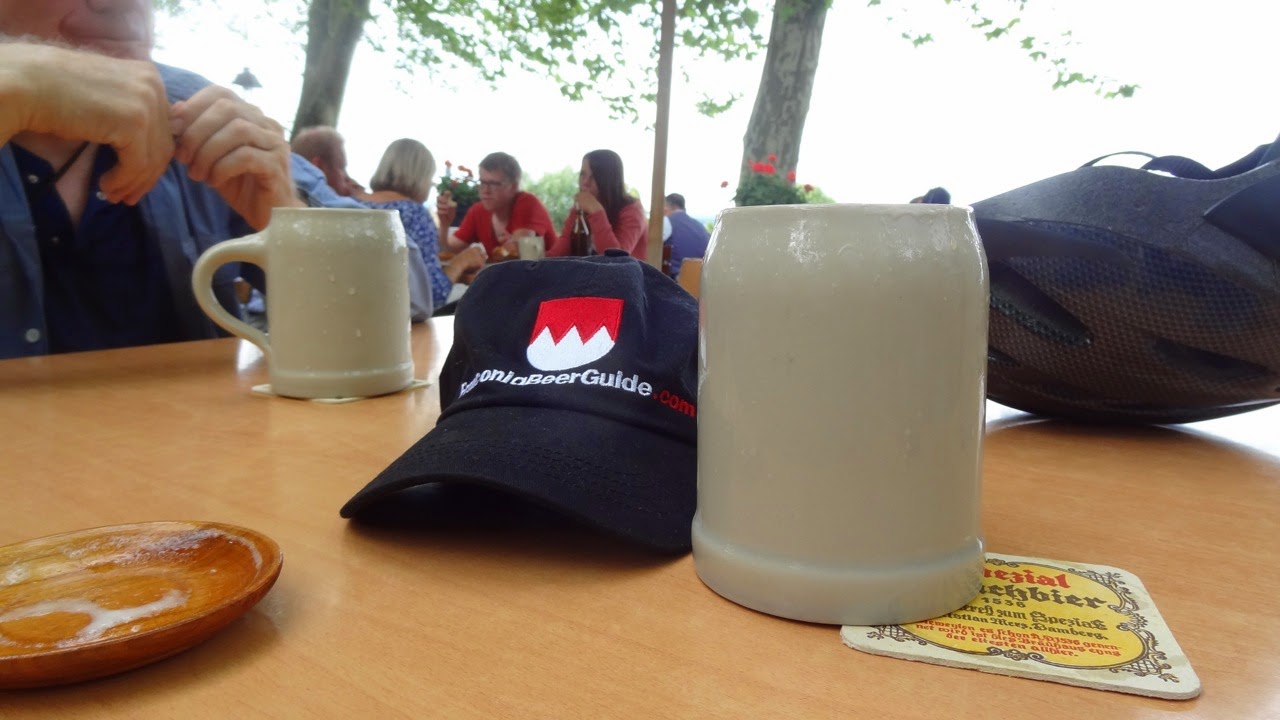 We soon were sitting at a table at Spezi Keller and fresh krugs of Spezial Lagerbier. We only had one as there were fourth stops to make.

Going down the hill we stopped at Stöhrenkeller were they had the Lagerbier from Brauerei Witzgal in Schlammersdorf. This is one you don't see to often outside the brewery, so we had one.


They also had the Gänstaller (Schnaid) Kellerbier and Andy's beers are always good so we had one. It was nicely bitter but also had a nice hop aroma, something you don't usually find around here. 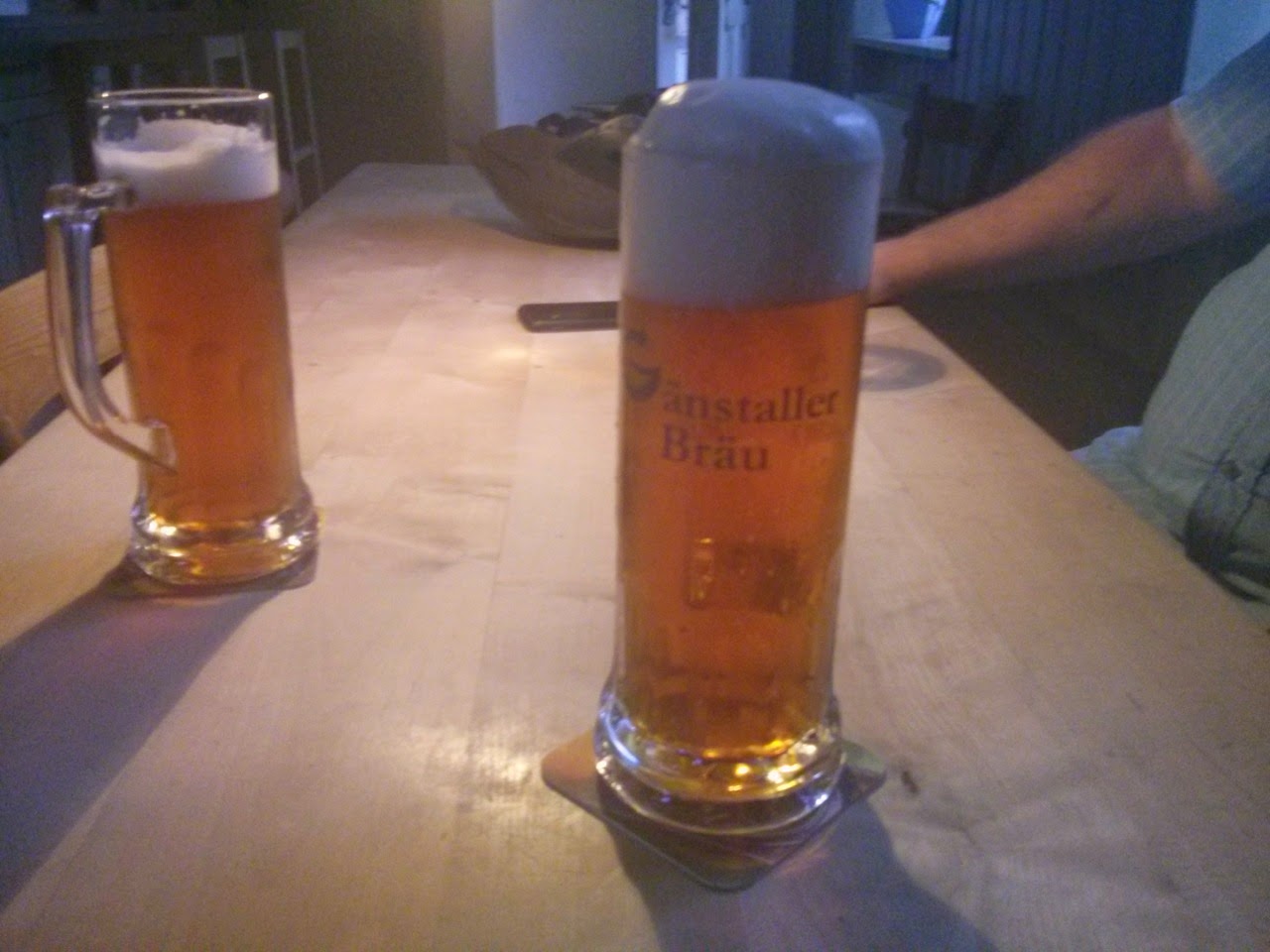 Another would have been good but it was starting to get dark so we headed back to Spezial. Since it was Saturday night, the pub was closed so we parked the bikes and walked across the street to Brauerei Fässla for a Gold Pils. A very nice nightcap for a first day of riding. 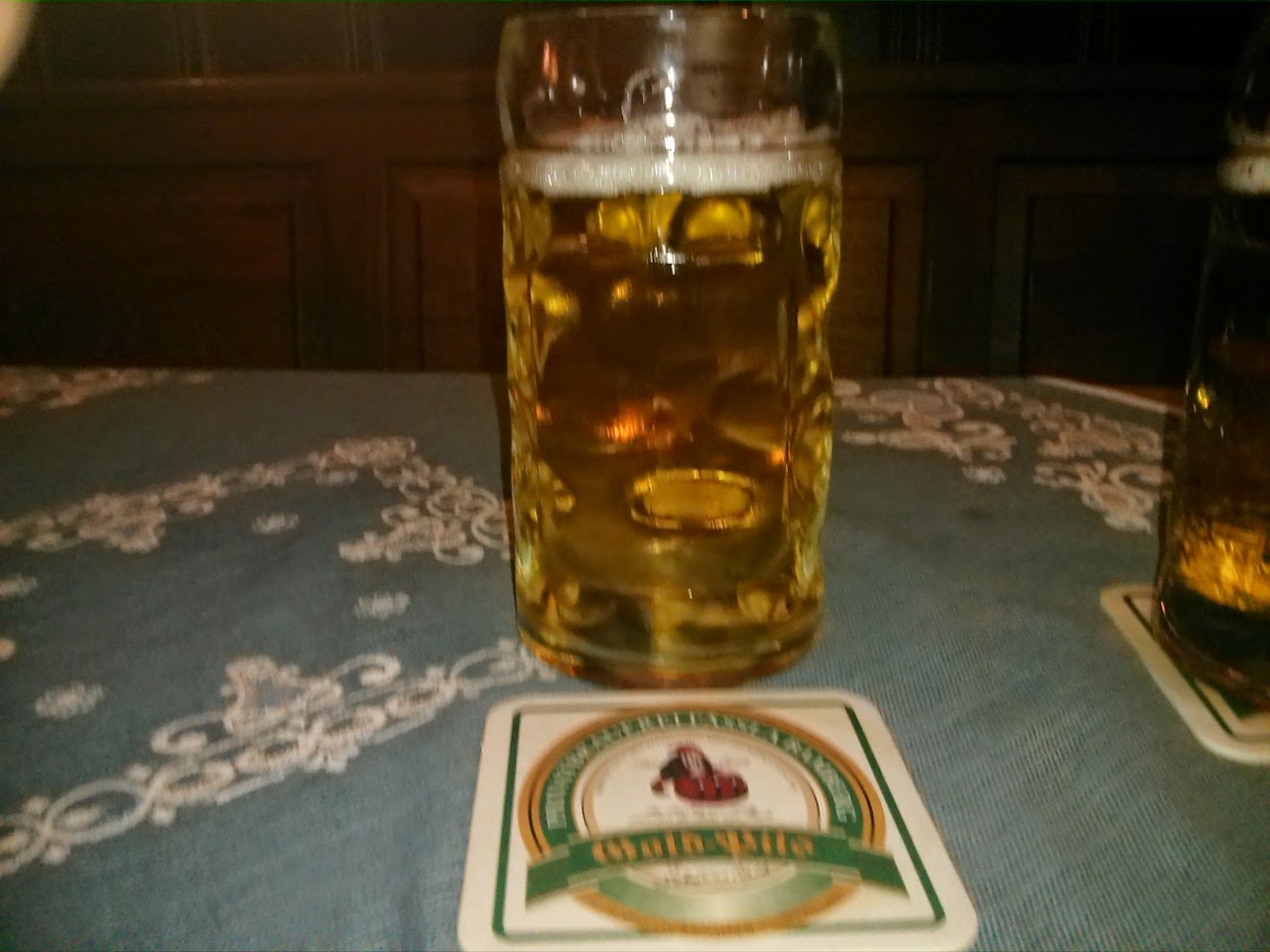