I posted most of last years bike trip to Have Beer Will Travel -- there was probably more beer drinking than riding.

There is some news. In order to get better weight distribution, I ordered a front rack for Friday and a set of Arkel T-28 Panniers. And instead of the huge Arket Utility Baskets in the rear, I got a pair of smaller Arkel GT-18 Panniers. Technically, these are also front panniers to compliemnt their gigantic GT-54s but you can also use them in the rear (which I will do). 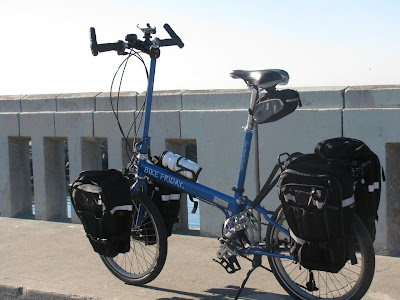 Friday decked out with new gear

In addition I'll be doing two bike trips to Germany this year. One in April which (weather permitting) will just be days trips from Bamberg as a base, much as I did last year. Then in August a group (5 at this point) will ride down the Main river from Bamberg to Aschaffenburg over a five day period (its 200 miles so a leisurely 40/miles a day). At this point, 4 of the 5 will be on Bike Fridays (3 NWT like mine and one Ticket).

So check back starting in mid April.

Here is another shot of the new gear... 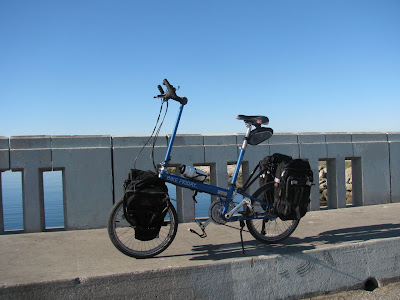 Posted by The Mad Brewer at 5:14 PM No comments: