Not much to write about today.  All morning there was the threat of rain. We left Naumburg shortly after 9am and continued to follow the Saale River Bike Trail, which was marked with the sign below 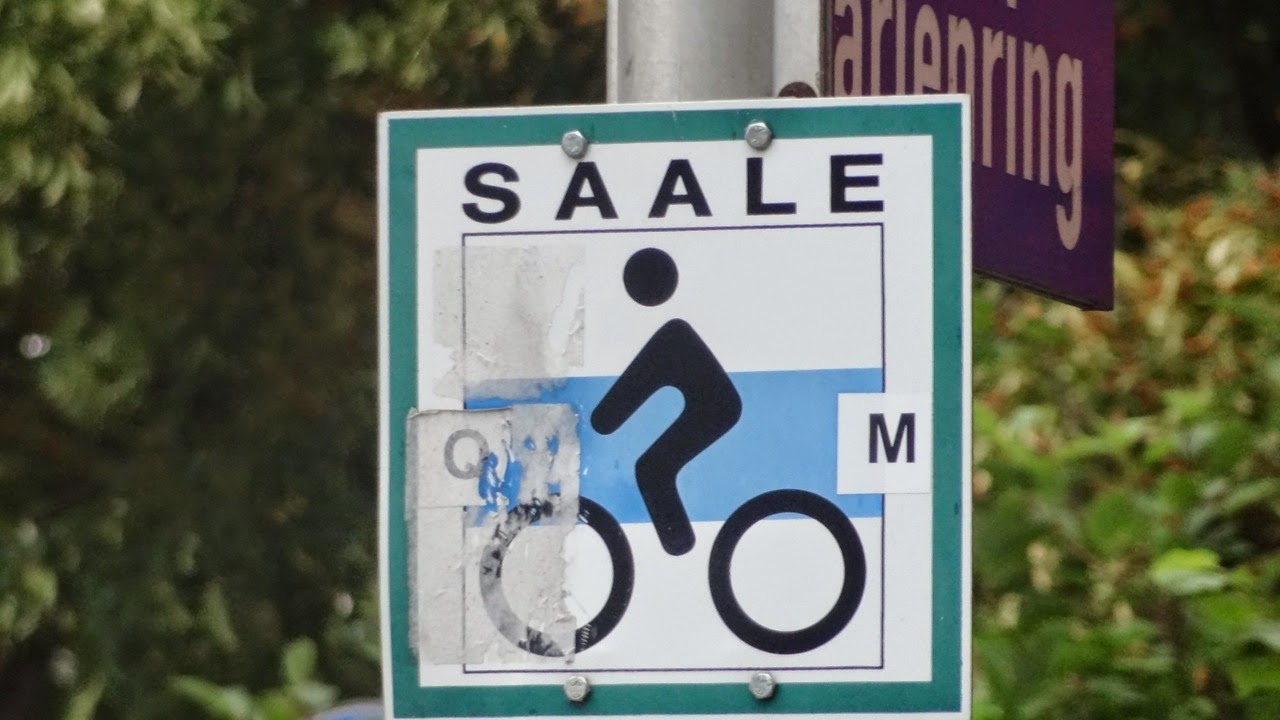 We spend the first hour riding along the edge of the forest. 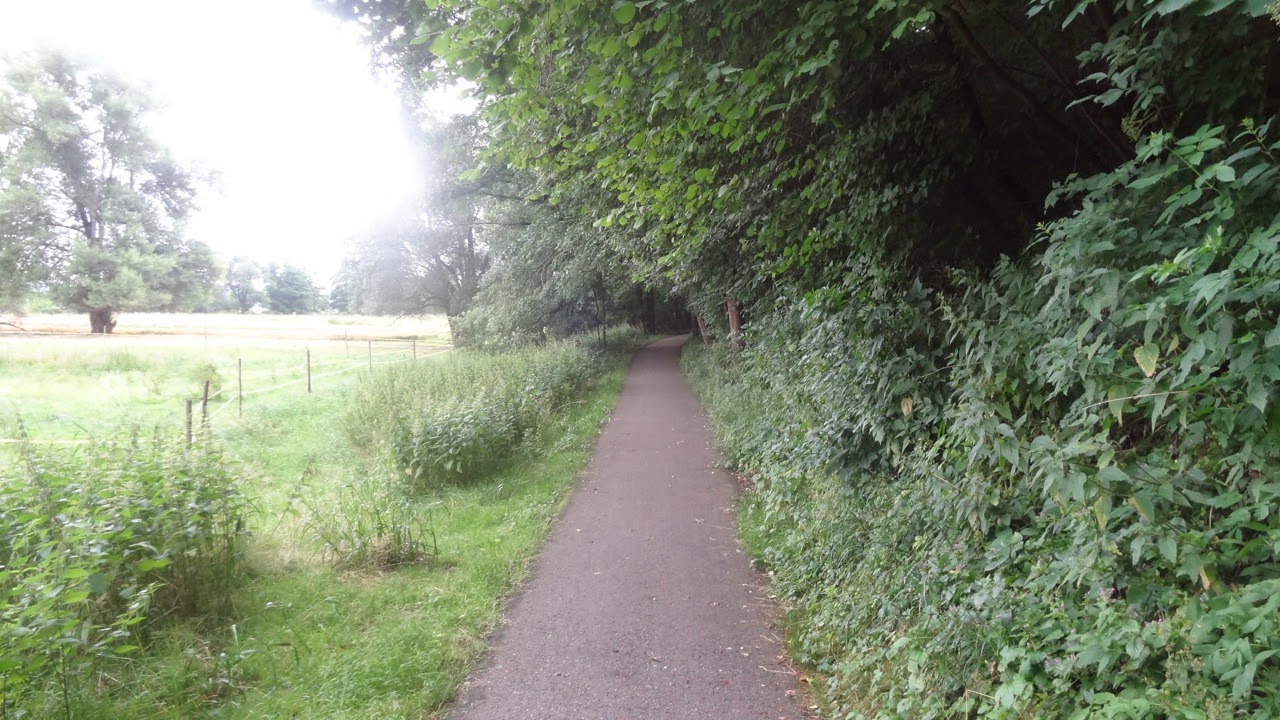 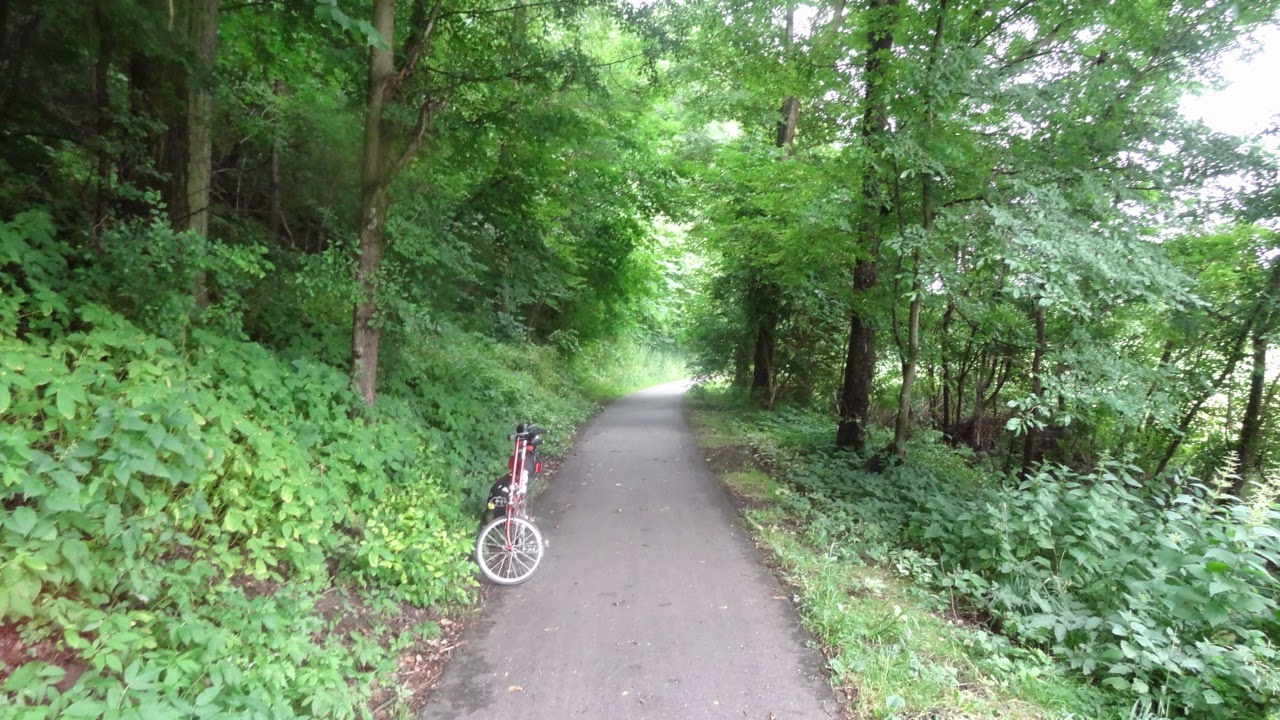 Sometimes the river was on our left and sometimes we went inland a bit and had fields on the left. 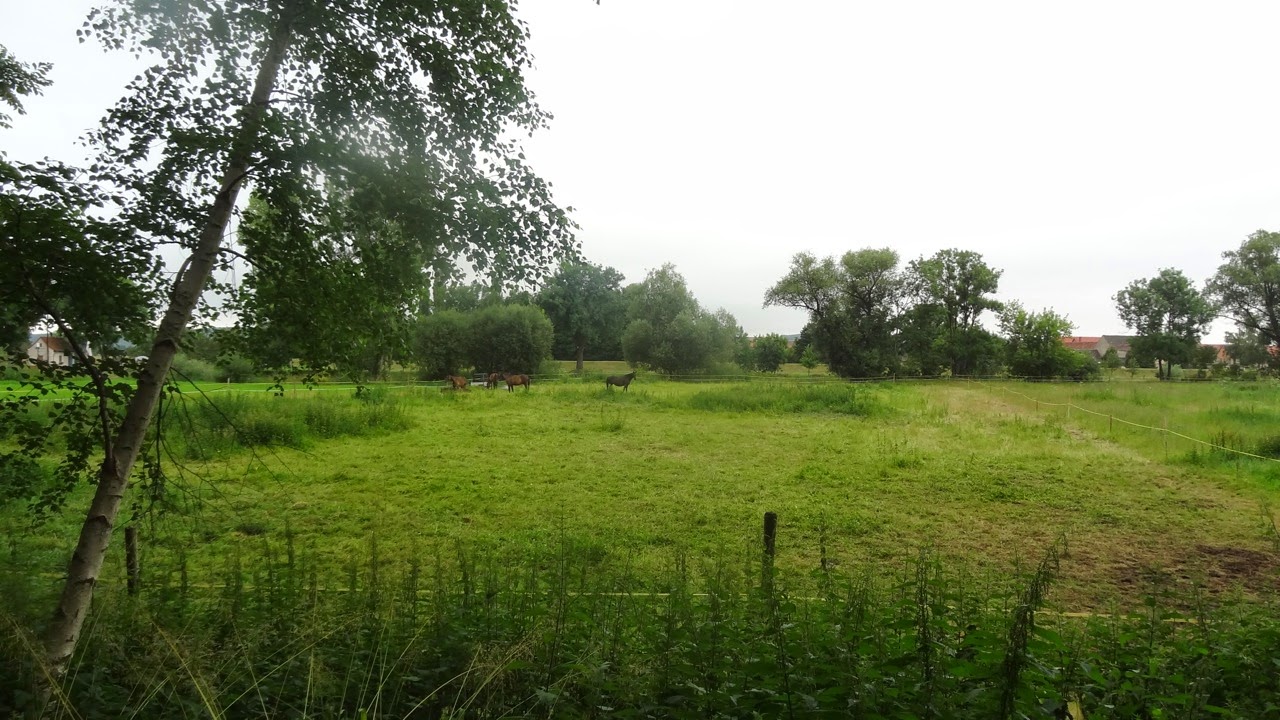 There was the occasional fortress up on a hill... 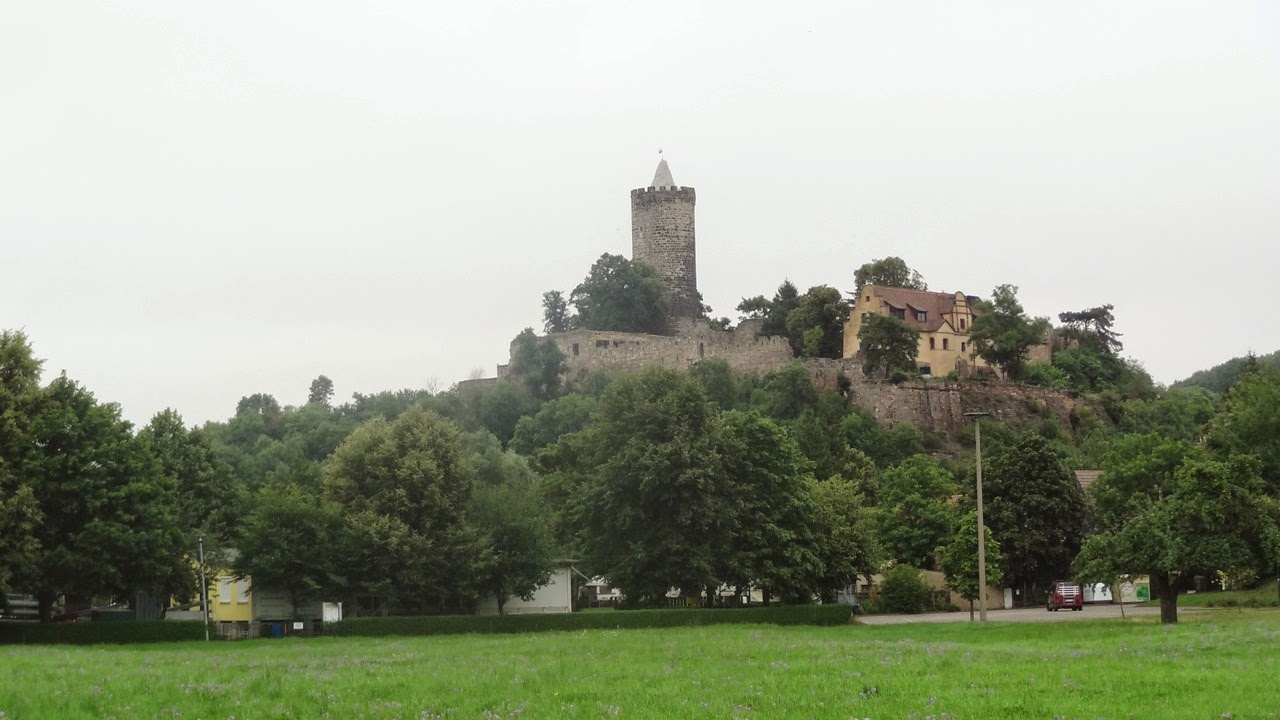 After Weissenfels we left the Saale River trail and headed towards Leipzig. We had a couple of steep hills thru the forest... 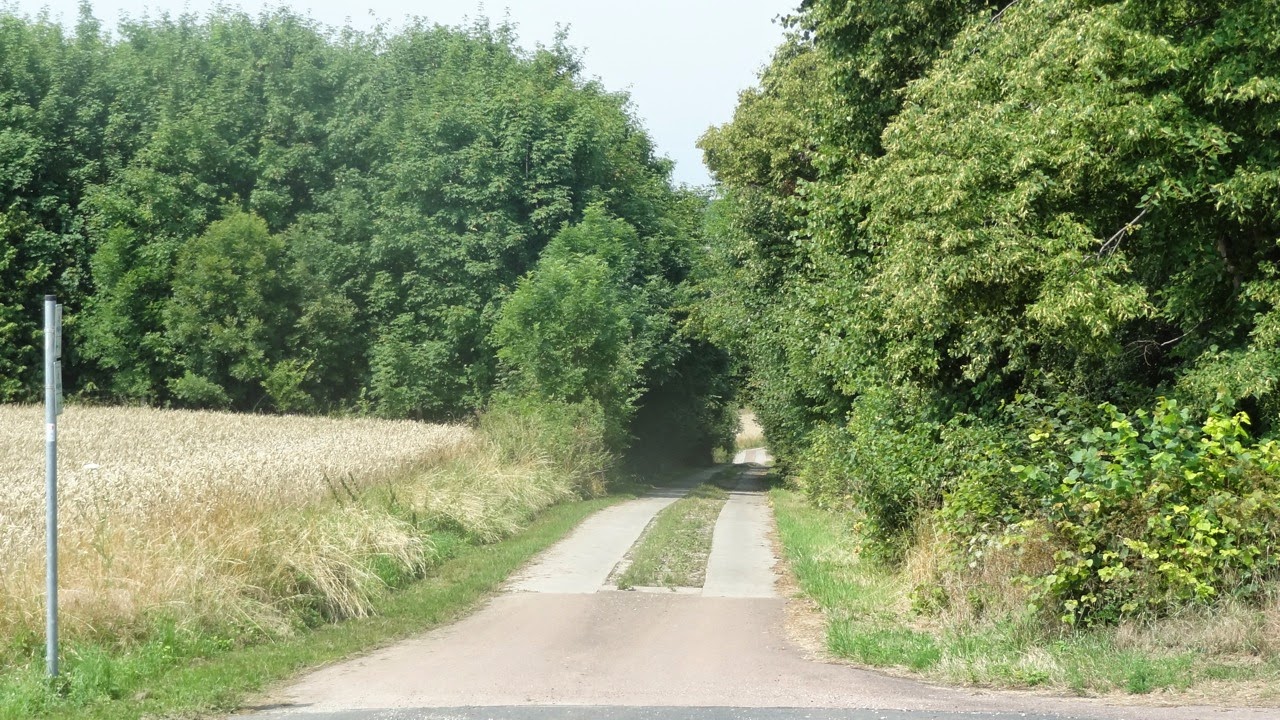 ...but had a great view from the top. 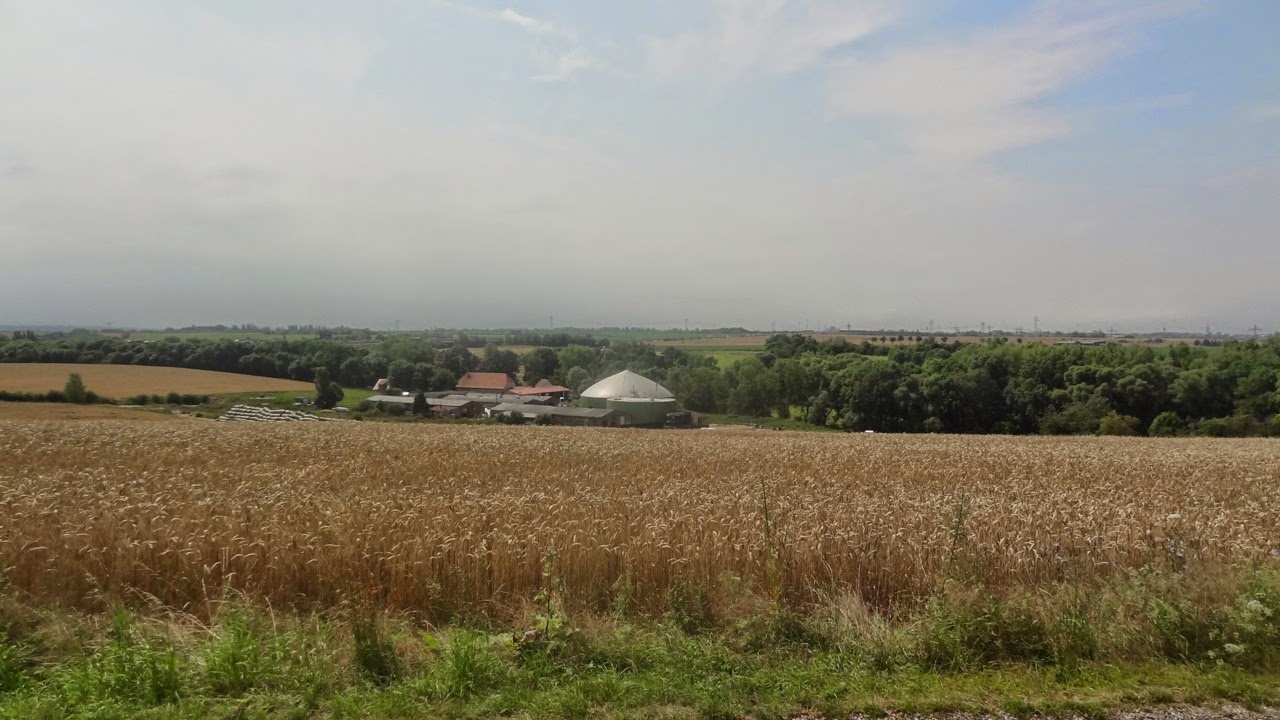 We didn't pass many other cyclists -- there really must not be too many bike tourist because we didn't pass any open cafes along the route -- not even signs pointing to a cafe or gasthaus a kilometer or so off the trail.

We finally stopped for lunch at a Norma shopping center in Lützen where they had a butcher shop that sold cooked sausages. We each had a couple of very good garlic sausages and then got back on the rood.

Shortly after Lützen the trail ran along a former rail line that was converted to a bike trail. It was a glorious ride as it was straight and level and well maintained. However, it was a bit boring with nothing along the way except farm fields.

The rail line ended on the outskirt of Leipzig. We must have miss a turn off because we ended pretty much on city streets. With the help of Bob's smartphone and Google Maps we found our way to the Leipzig Main Station, with the rain finally starting about two kilometers from the hotel. But it wasn't heavy and just cooled us off a bit.

After getting cleaned up we caught a taxi to Ohne Bedenken, the premier Gose pub in Leipzig. 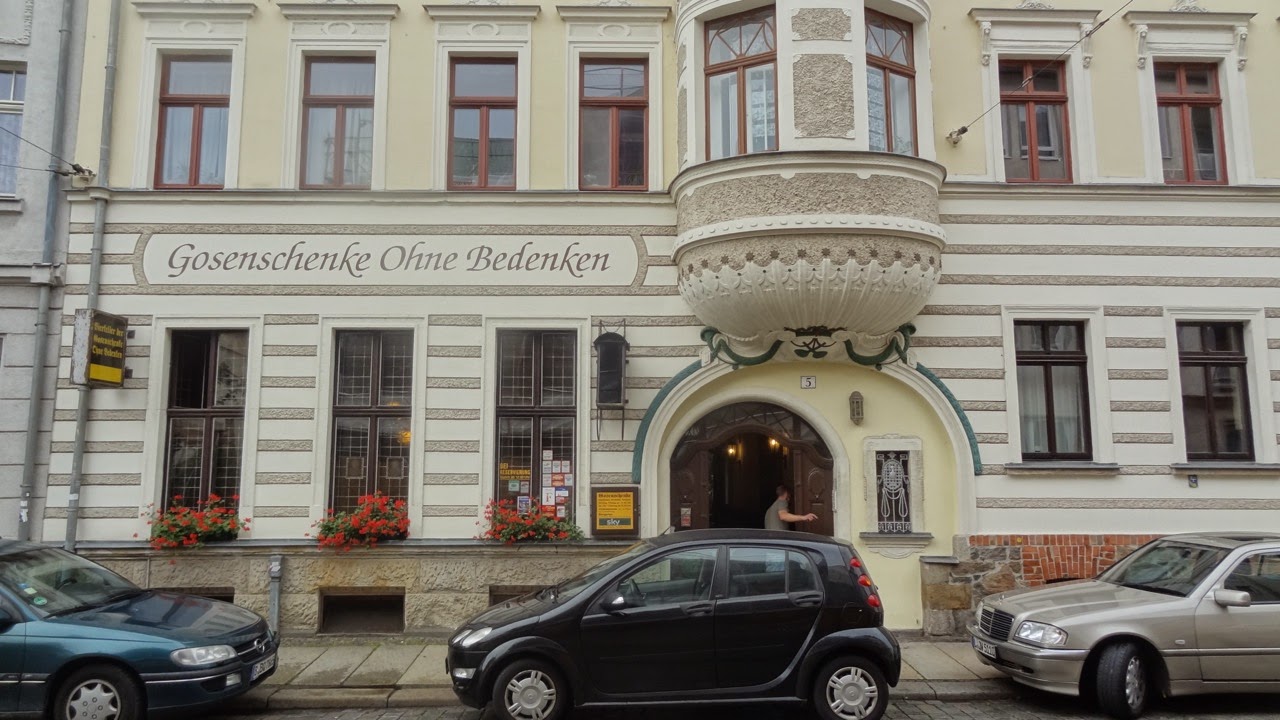 They have to Gose on tap: Döllnitzer Ritterguts Gose and Leipziger Gose from Bayerische Bahnhof Brauerei. Bob had never had either and like Tom and myself preferred the Ritterguts. 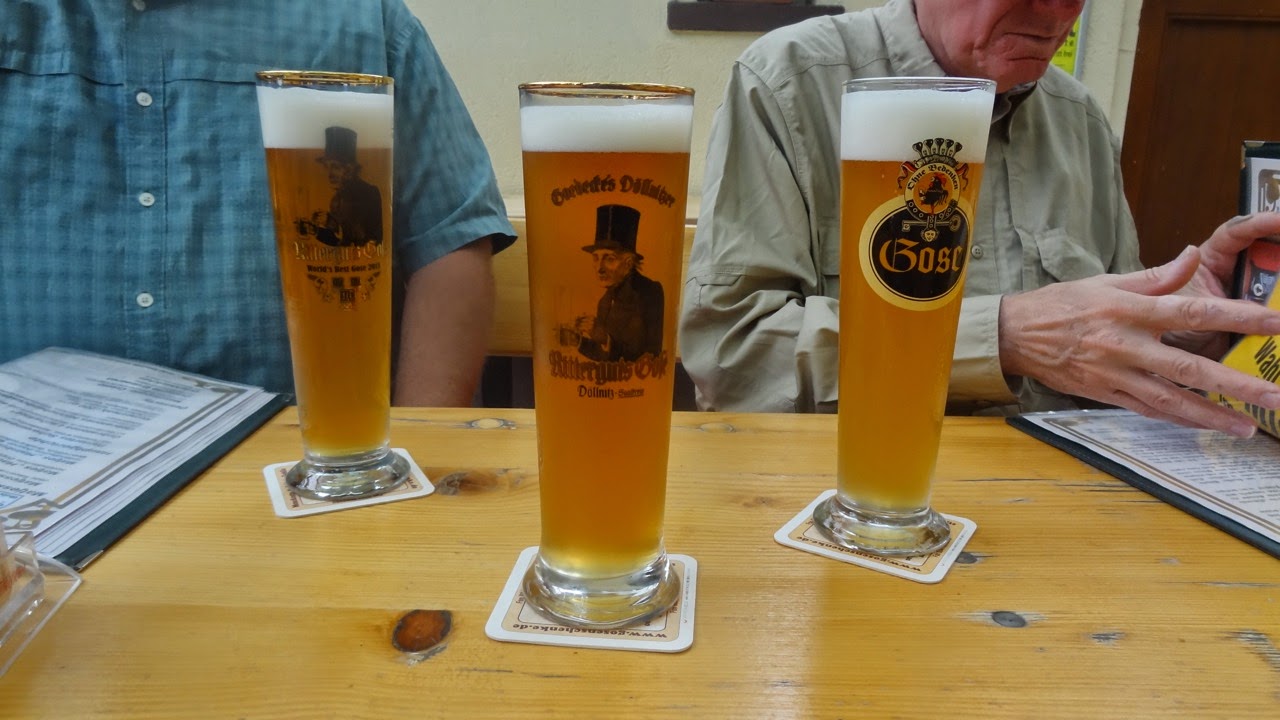 This is not so say there was anything wrong with the Leipziger Gose -- it had a good flavor but was less sour. If my local had it on tap I would certainly drink it.

They had "Schwarze Rose" Schwarzbier from the Rosen Brewery in Thuringa so we ordered one just to try it. It was much more flavorful than the Köstritzer of yesterday 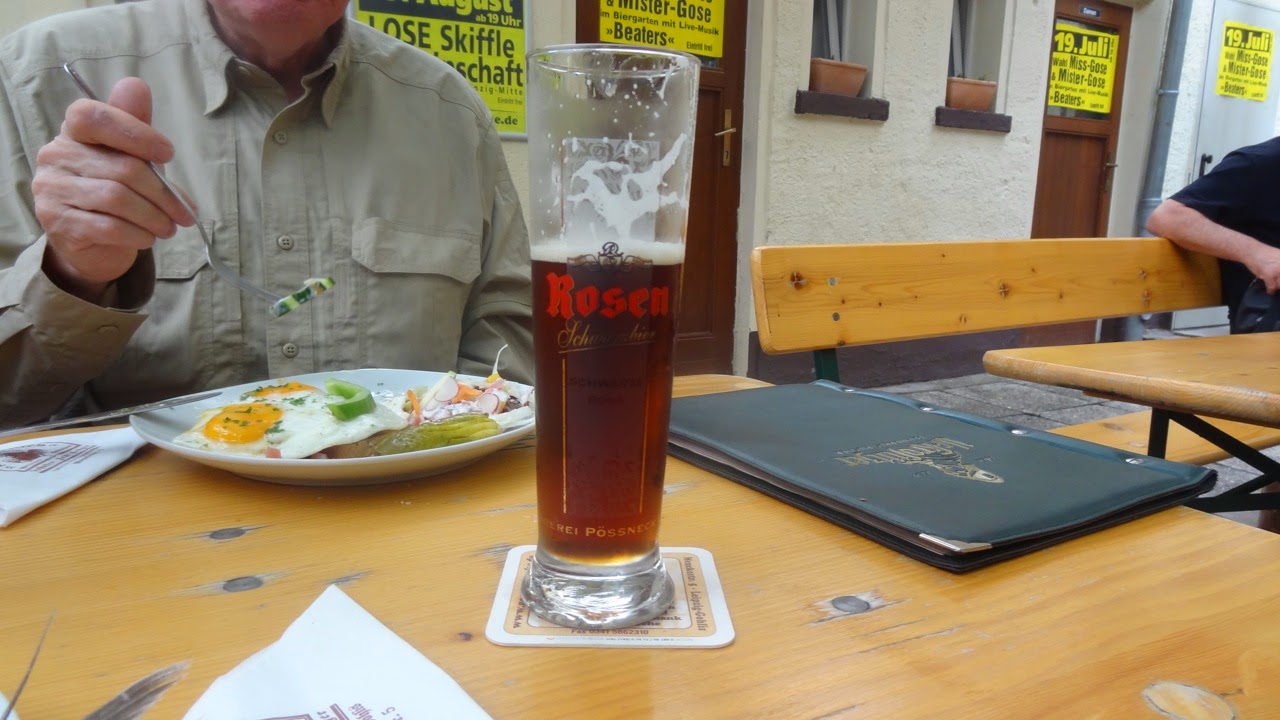 Tomorrow we will be fighting rain again to Bad Schmiedeberg.

Distance ridden: 58km
Posted by The Mad Brewer at 1:13 PM

Thanks for your updates. Wish I was there.