The weather forecast call for rain pretty much all day. But about 9:30am it had slacked off enough that it was really just misting so we headed out. It was cold though, in the low 50's. Someday I'd like to come to this part of Germany in the summer.

We were fallowing the Saale river trail. Usually, a river trail is a good thing as rivers usually don't have hills. However the Saale valley is very narrow and sums places you must go up the side of hills. So it was up and down but the path was so wet and slick with leaves that you really could get up any speed on the downhill.

Soon we came to a recreation of an old time covered bridge. Worth a picture. 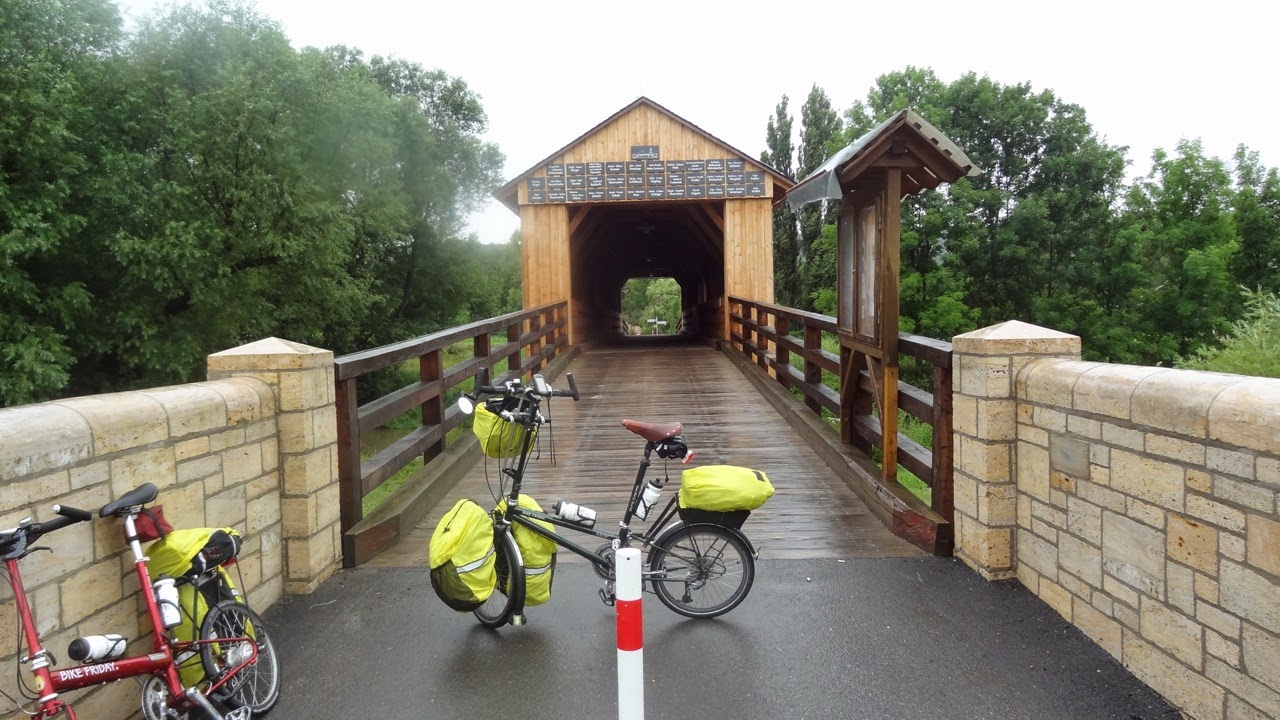 The rain really never got going but there was water falling off the trees now and then. The forest trail was really fun to ride. 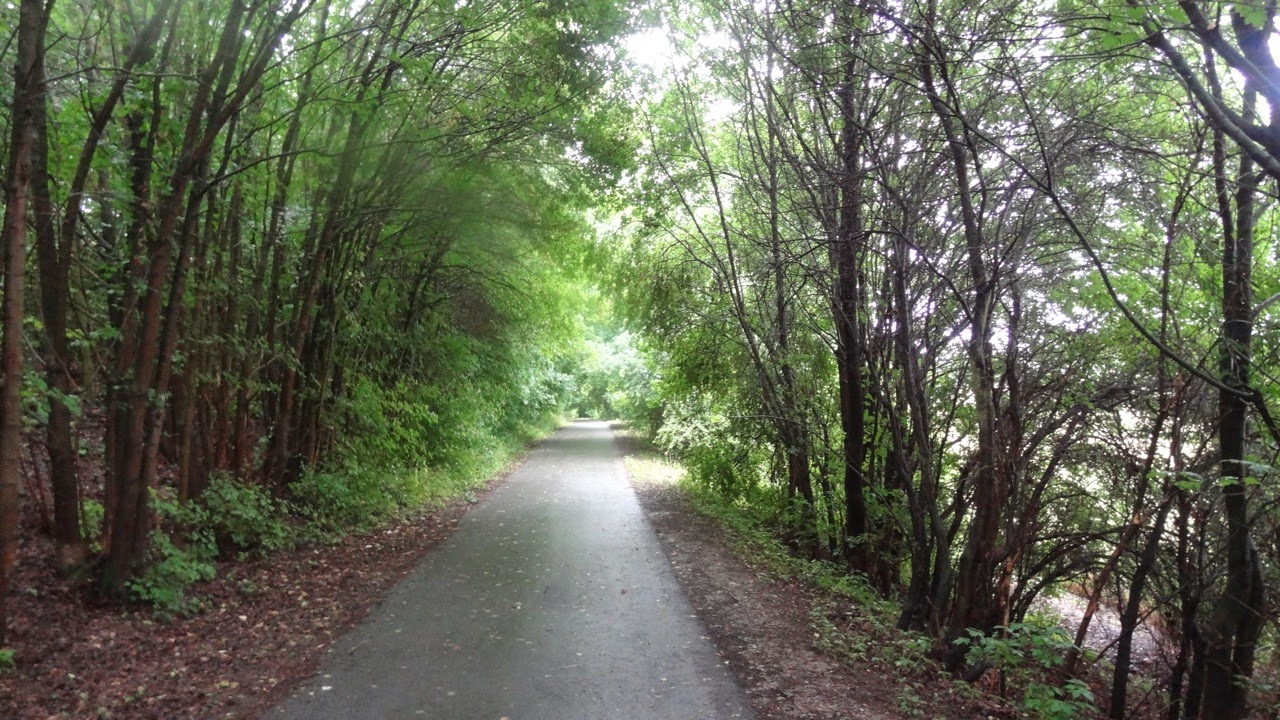 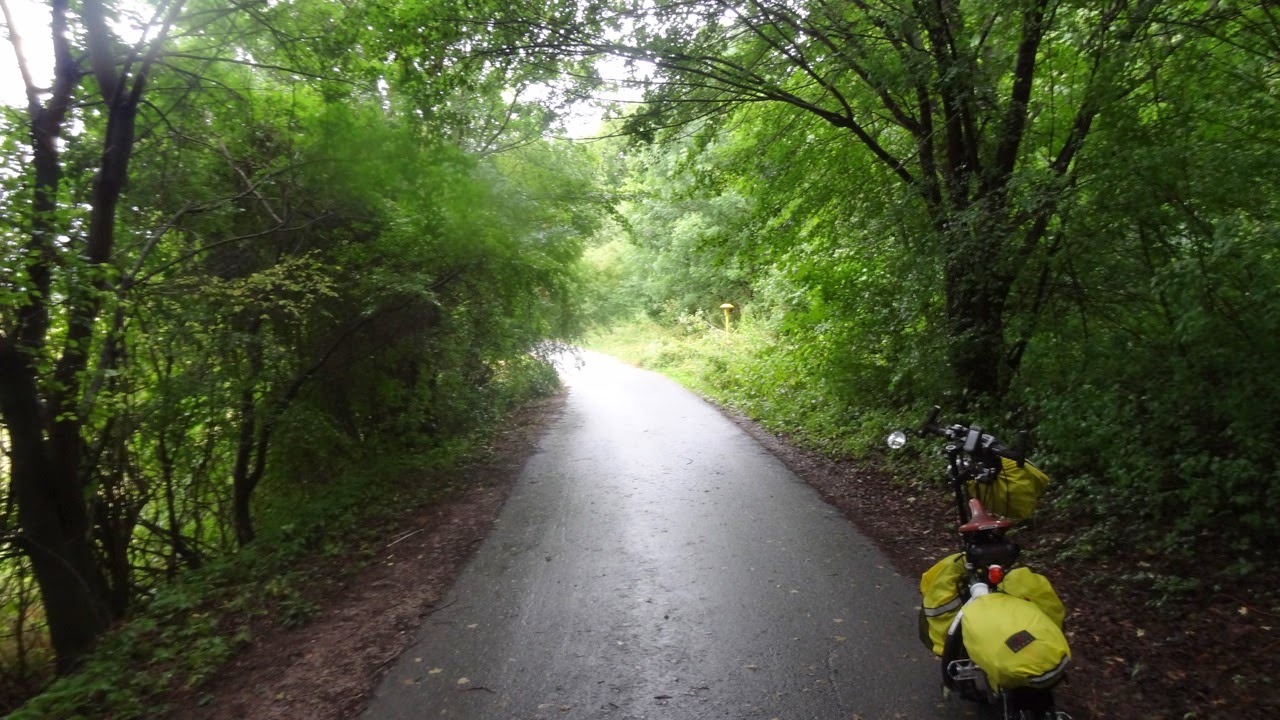 Before we knew it, it was nearly noon and we were about half way., in Camburg. Time for lunch and a beer. We stopped at a gasthaus just off the bike trail. The beer was Hasselroder  Pils (owned by AB ImBev) and was drinkable but a little sweet for my taste. 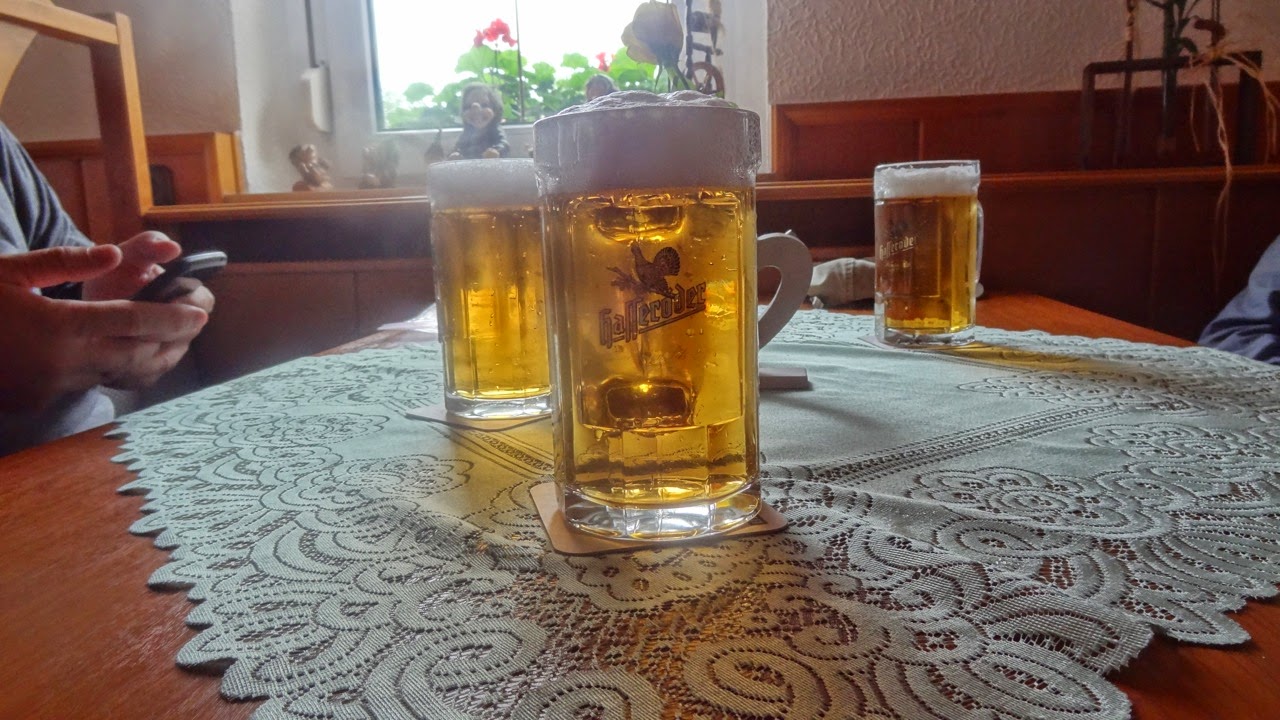 Lunch was a bockwurst with potato salad. 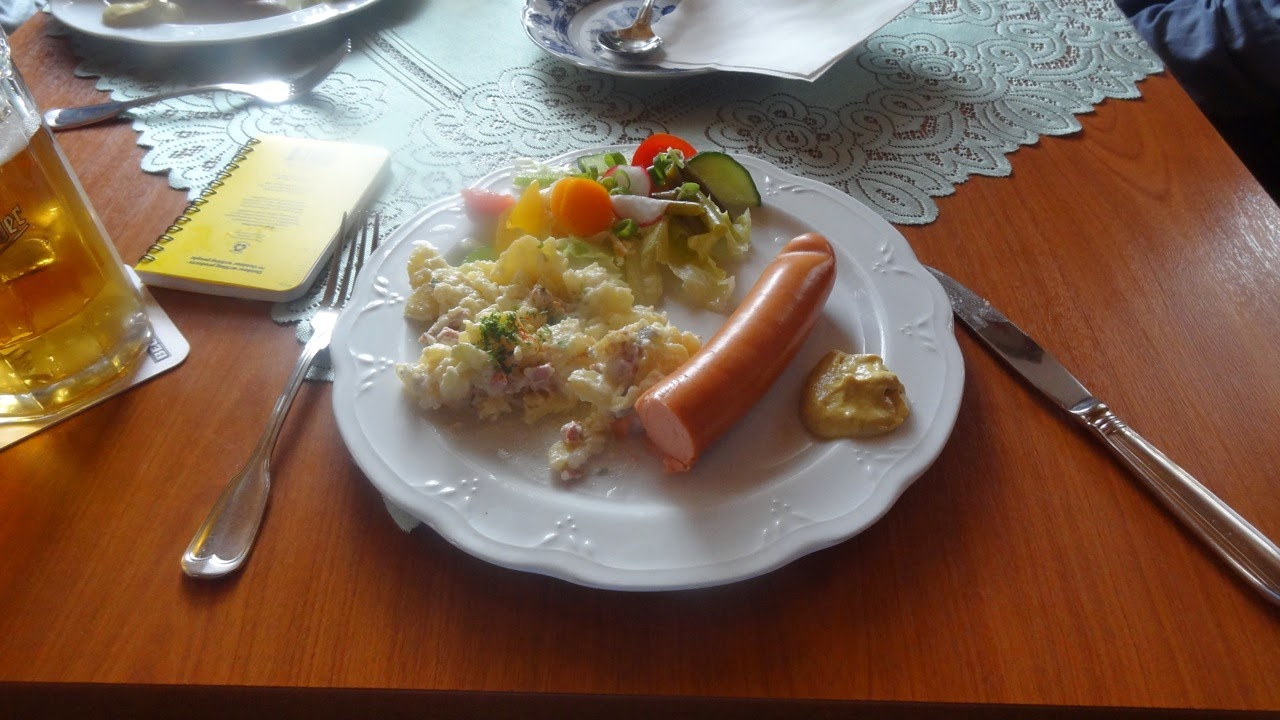 The scenery was just great. Lots of little castles on the tops of hills. 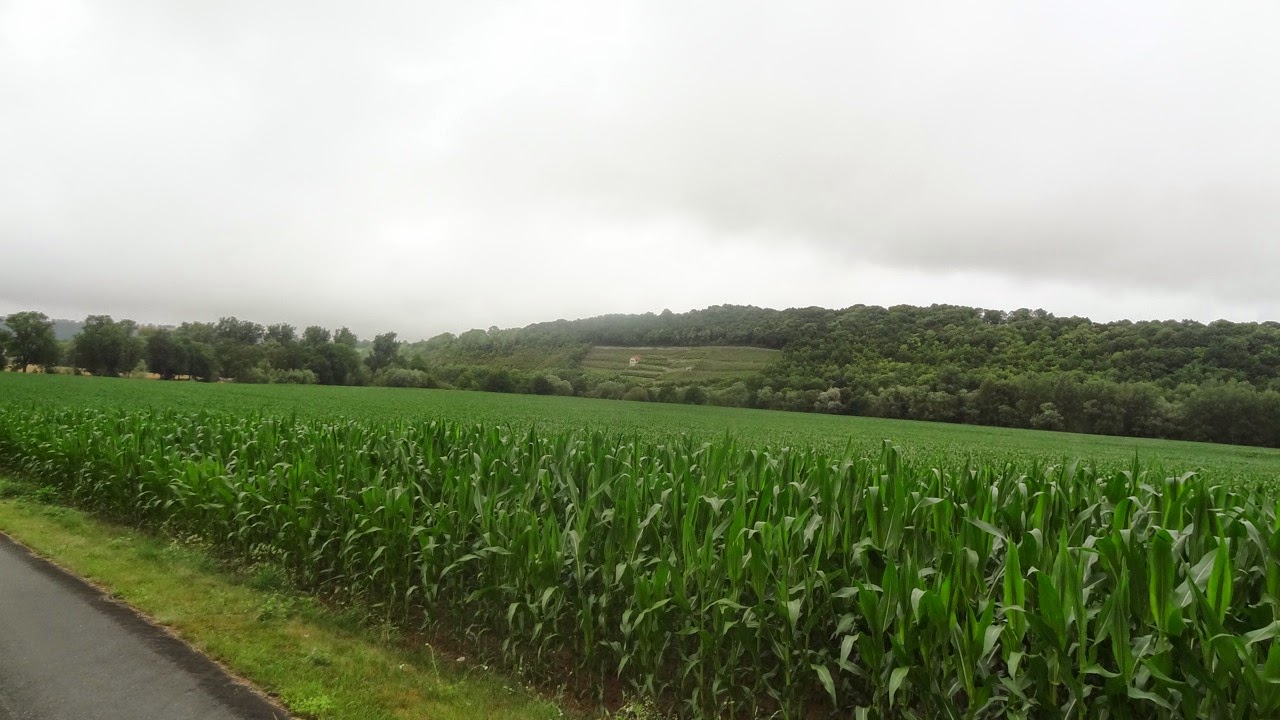 Then we came to Saalecke and the fun began. 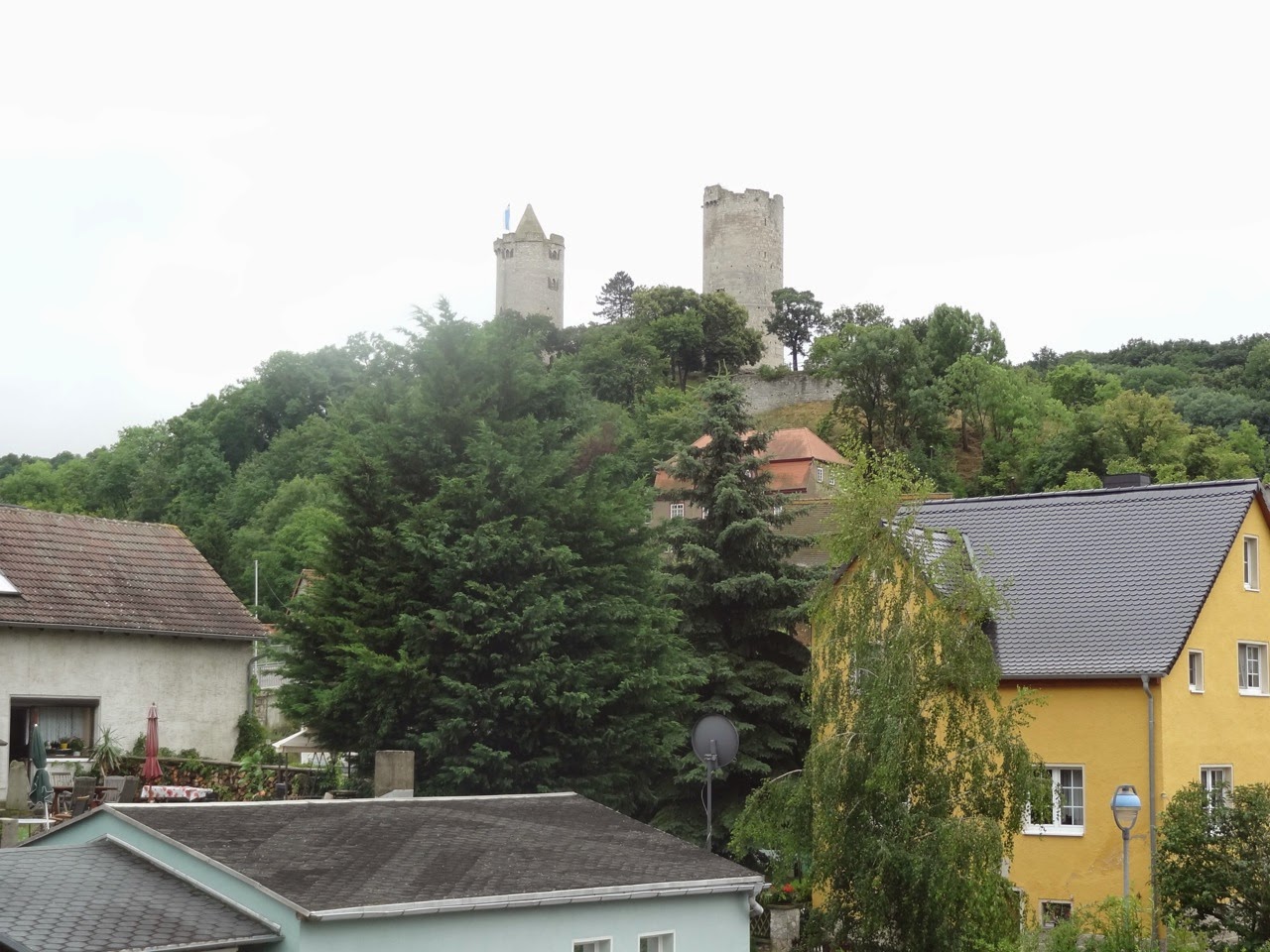 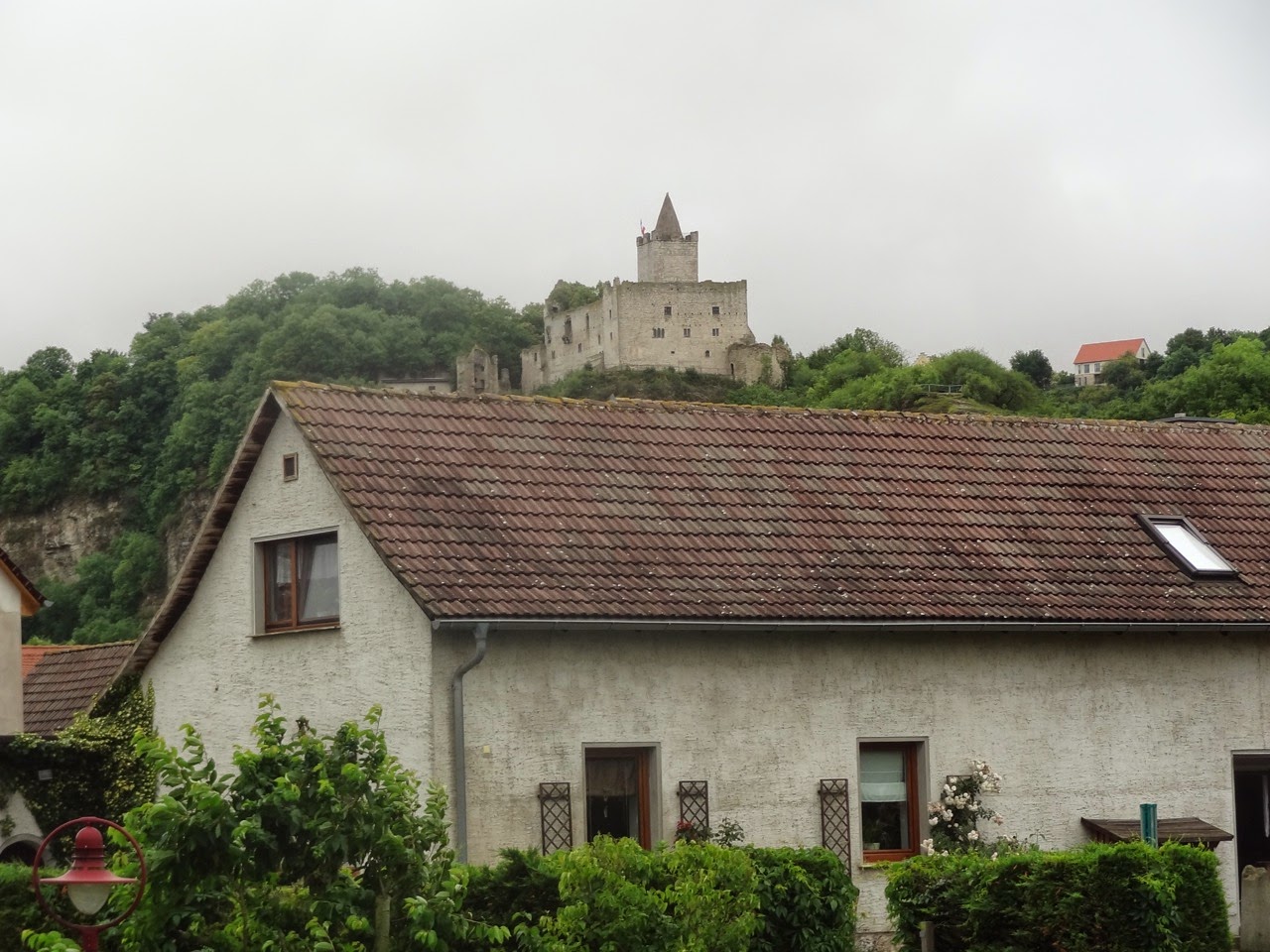 I knew it was going to be a hill because the trail followed a switchback. I didn't realize how high it was. We ended up looking down on the two castles above. I am not ashamed to admit there was some walking of bikes. 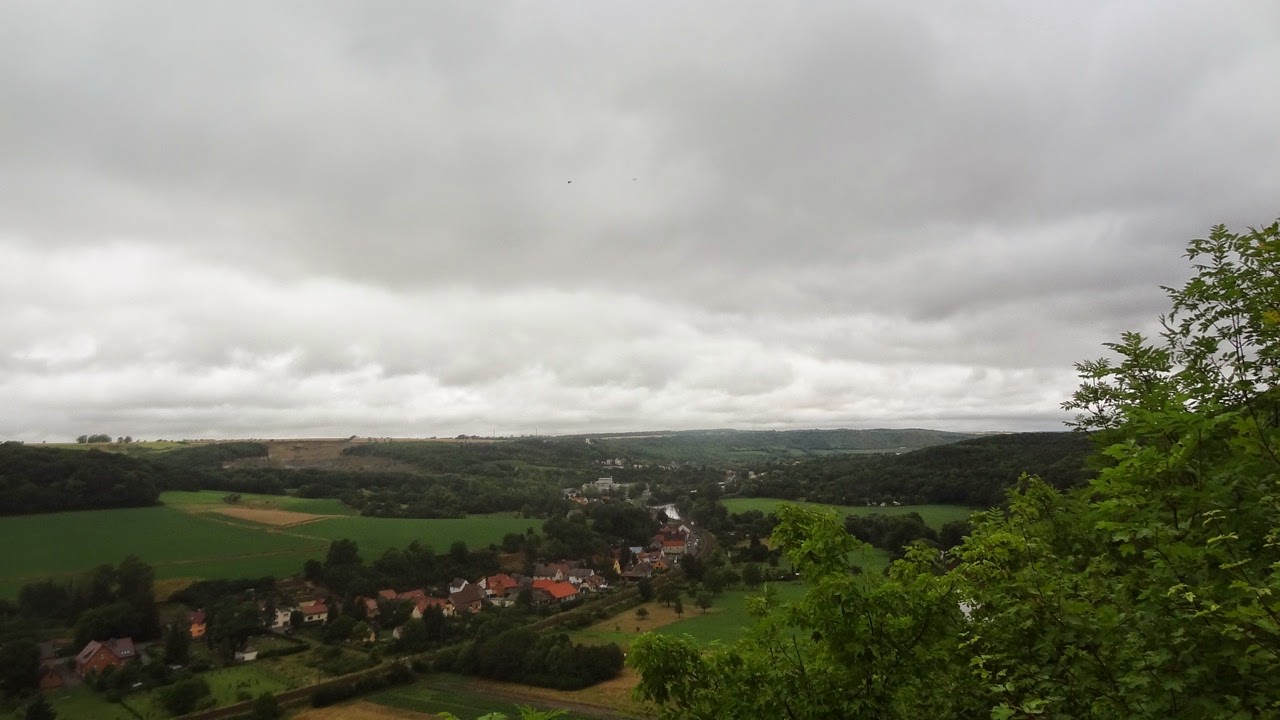 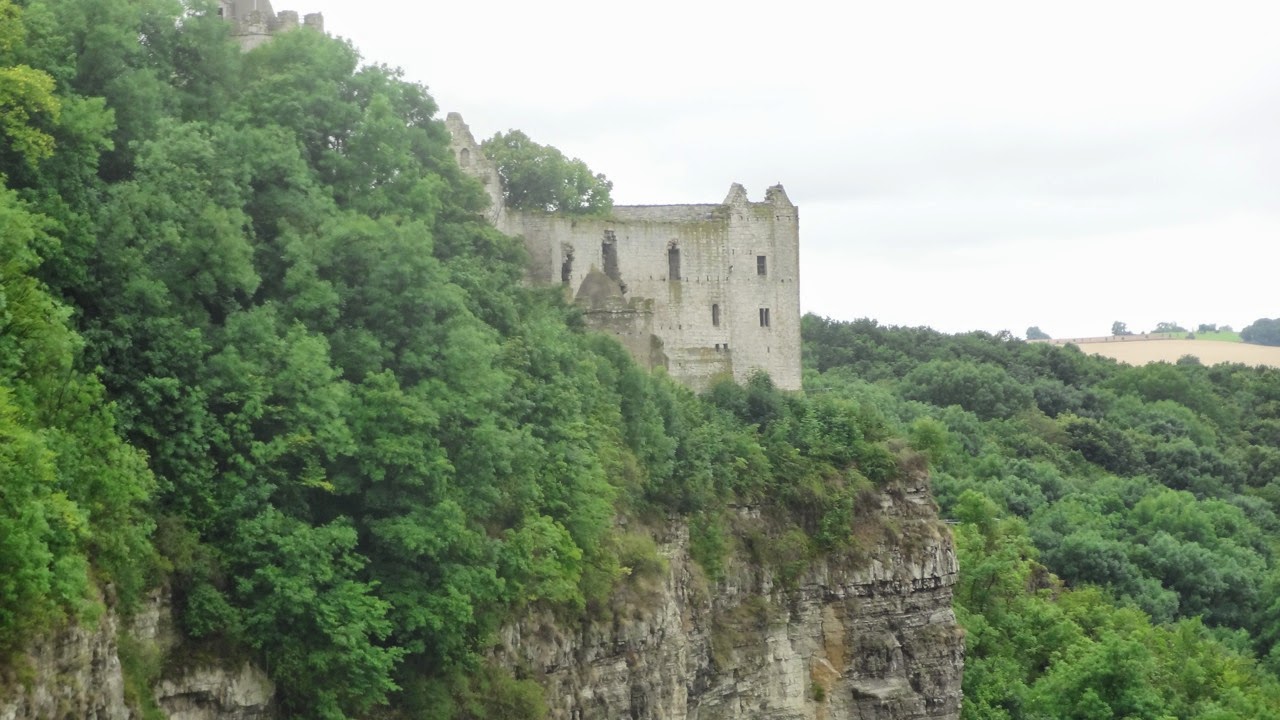 Then it got worse. The downhill road was basically washed out, just a mass of rocks a concrete pieces. We had to walk our bikes downhill.  I think that is Unconstitutional. After quite a while it got smooth enough we were able to slowly ride down. 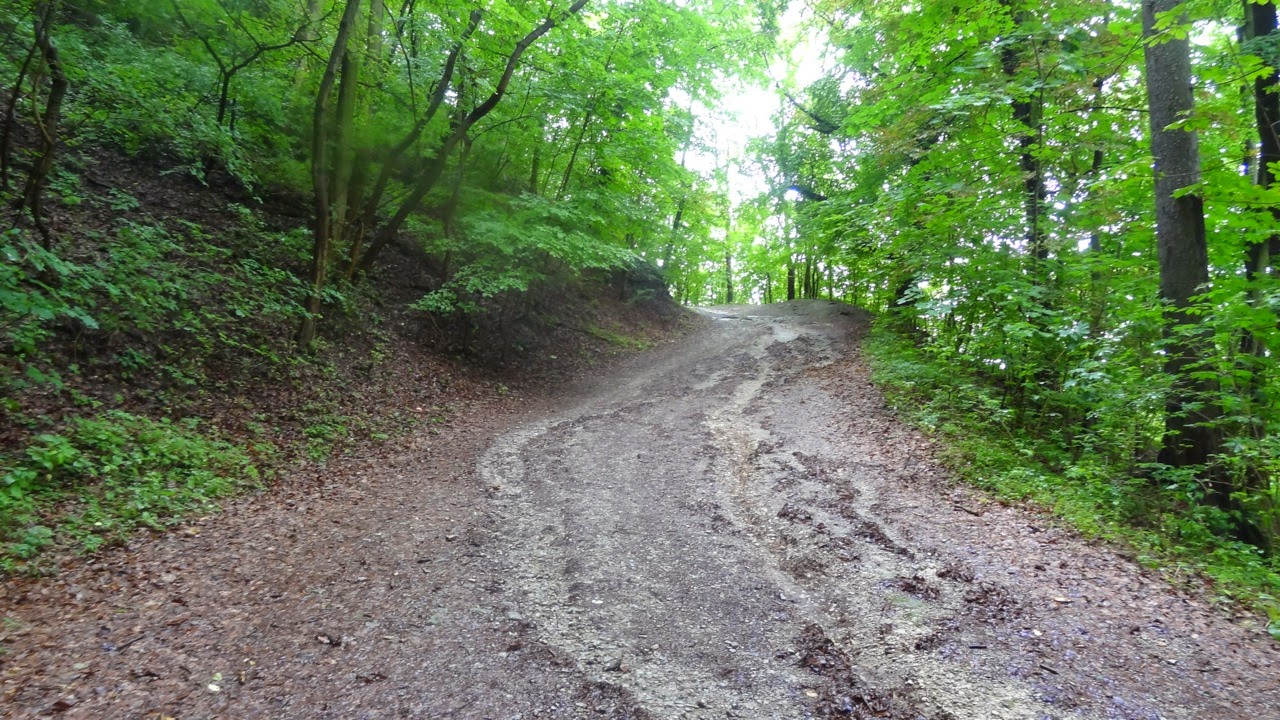 Then we missed a signpost and ended up going up another large hill that we really didn't need to. When we finally made it back to the river there was a cafe and it was time for a beer. This one was from Saxony-Anhault, Wernesgrüner (part of Bitburger). It too was drinkable but a little on the sweet side. 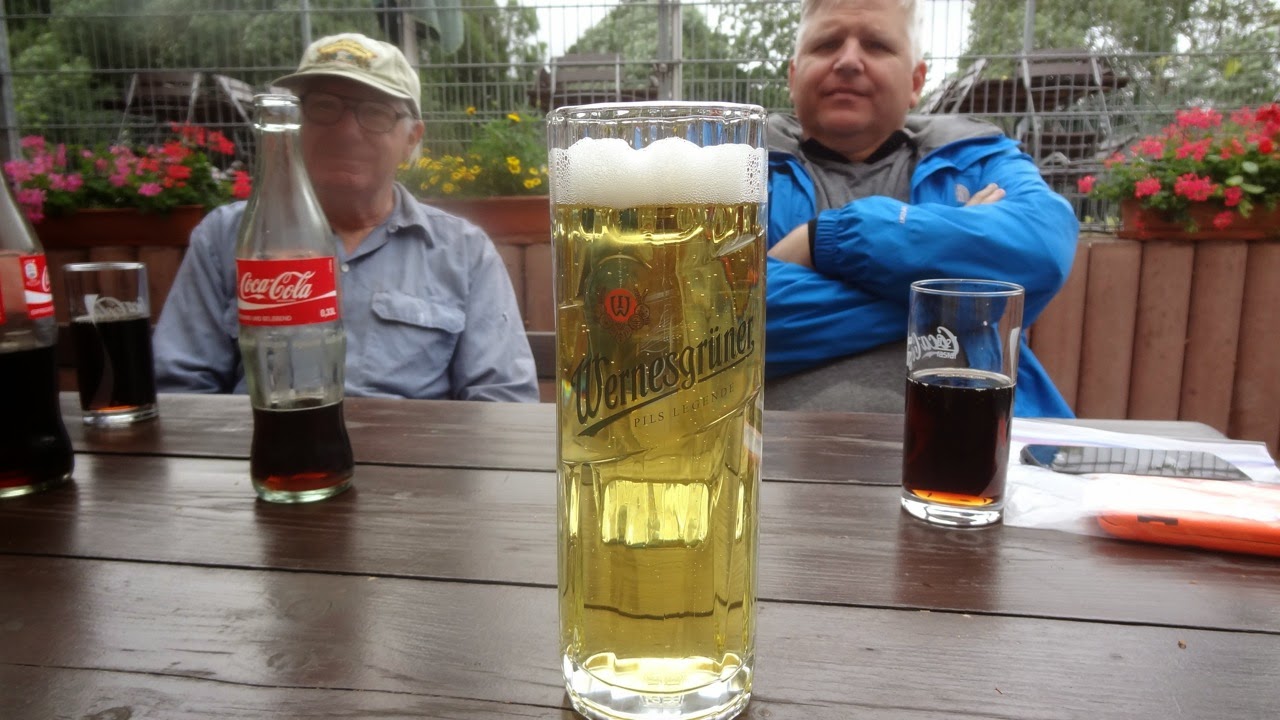 After  few more false turns we arrived at lodging for the night, basically a holiday apartment. On the 3rd floor again. I am doing way more stairs than I am used to.

We decided to walk around and find a place to eat.  Naumburg has large old cathedral dating to the 1200's (most of it, they expanded it in the 1800's).


We headed towards the market square and had our choice of restaurants.


The restaurant we chose had Köstritzer Schwarzbier and Radeberger Pils. I went with Köstritzer (also owned by Bittburger but brewed in Thuringia and not that far away from Naumburg, so I guess it is local). 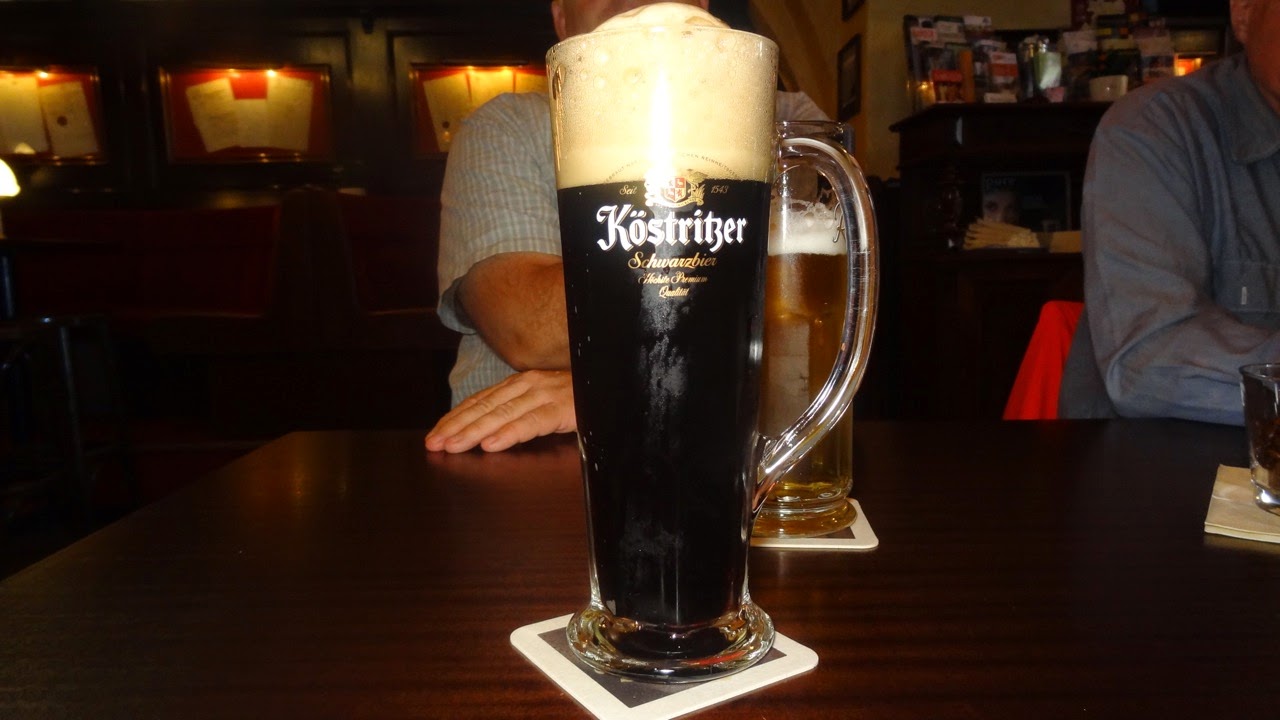 It is Pferfferlinge mushroom (chanterelles) season so I had a Schnitzel with Pfefferlinge. Yumm. 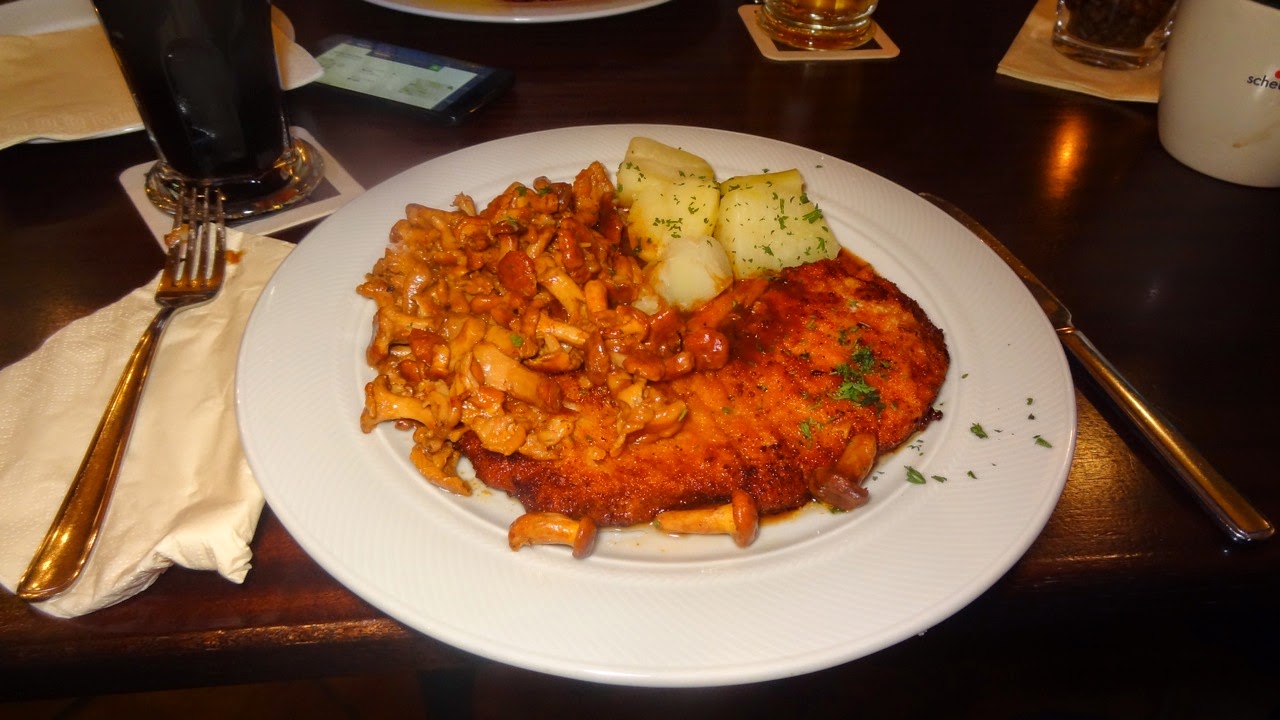 Tomorrow we head to Leipzig and will be chancing the rain again.