I'm not sure, but I think today was the single worst day of riding that I can remember.

First we had problems getting out of Leipzig and we ended up riding about 6km extra.

Once we got on the Leipzig - Berlin bike path things went well -- the path was well marked once outside the city center.

We had some fierce headwinds, though, which sort of explains this guy and his brothers... 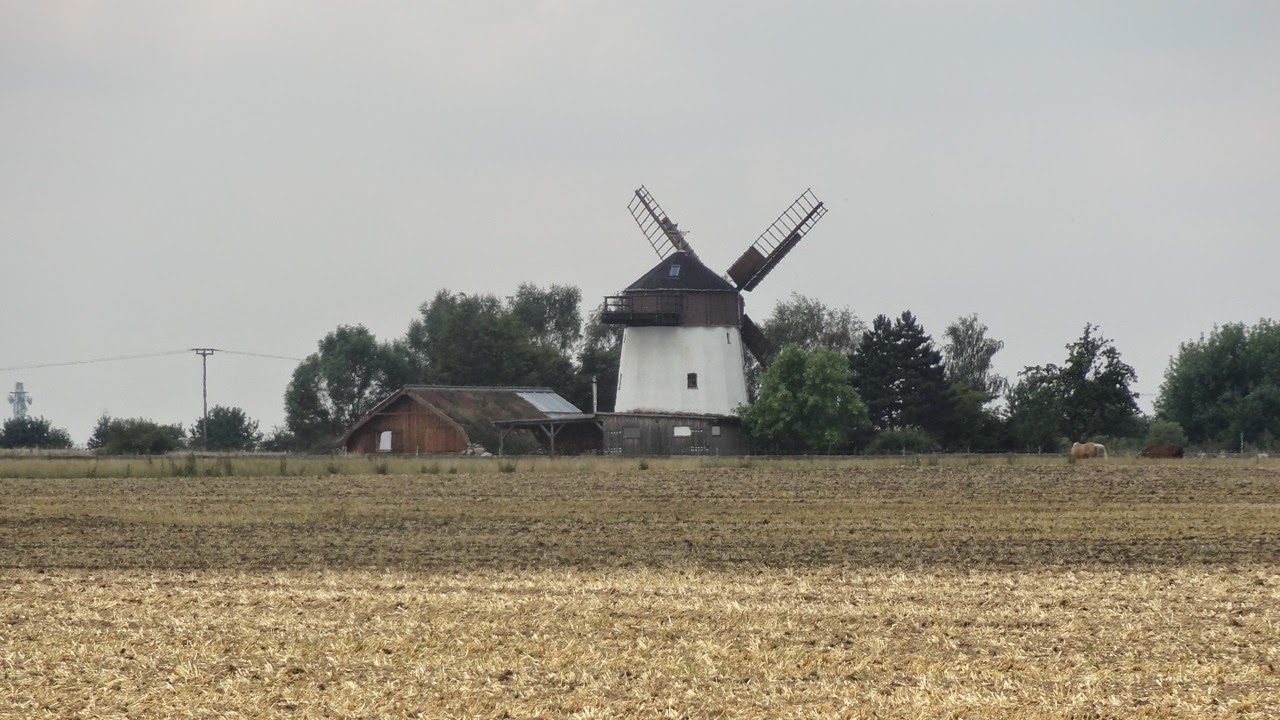 The day was turning hot and we went thru many villages but not one had any sort of business open, not even a convenience store. After about 2 hours we came across a fancy resort hotel and while they didm't have a restaurant, the nice lady sold us some soda and juice. That with a Clif bar was lunch.

Then we were into the forest. I have ridden on trails thru forests in Western Germany and while not all are paved, they were most well maintained. These were basically logging roads, not anything I recommend anybody on a road bike try. 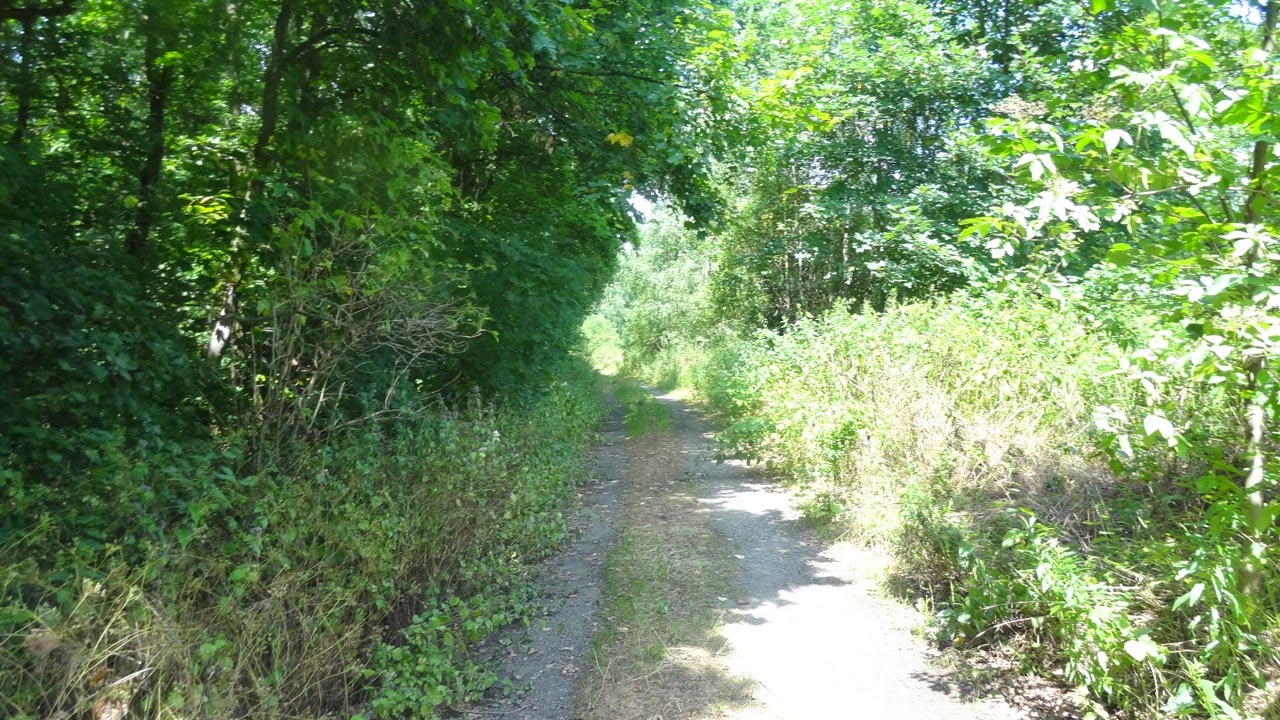 In addition it had been raining so the tracks were muddy as well. No fun at all.

Finally we came back to civilization at Bad Düben. The first gasthaus was closed but the second was open, so we stopped for a beer and a snack. Bob and Tom had the Ur-Krostitzer Pils and I had their Schwarzbier. 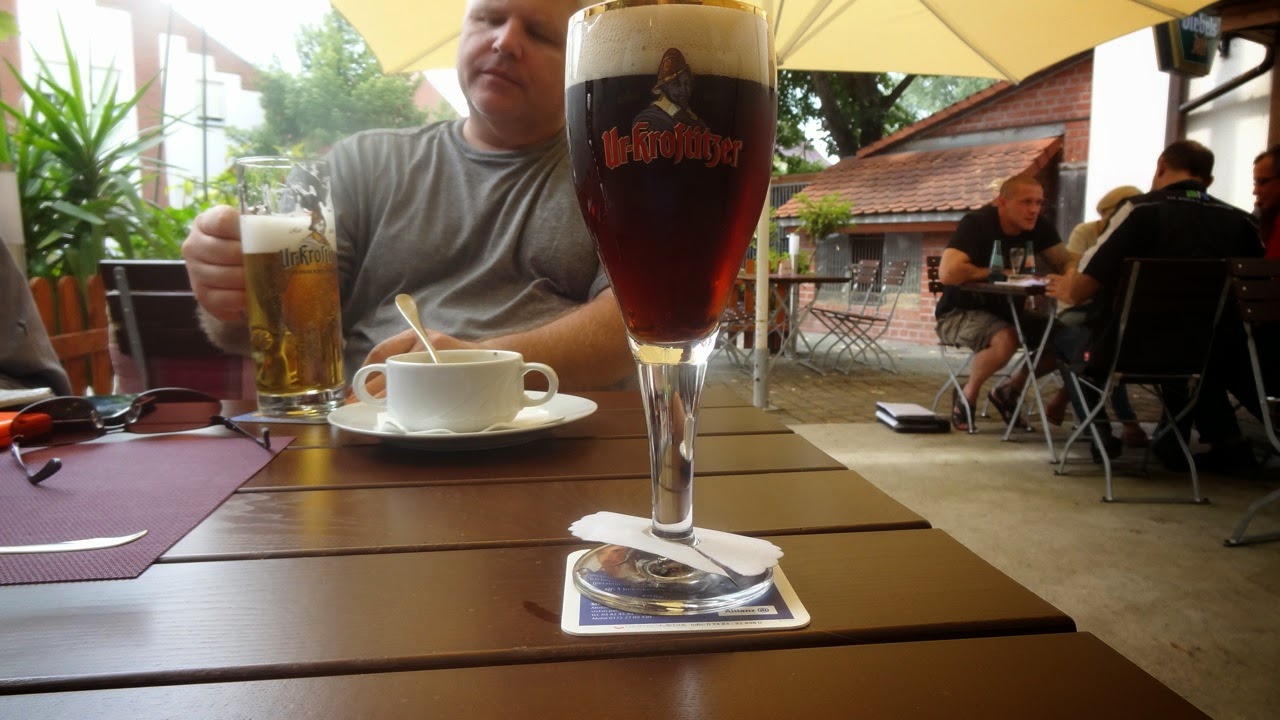 The pils was quite nice (though the context is important) as I remember from a trip to Leipzig years ago. The Schwarzbier was OK though not as good as last nights Schwarze Rosen.

While we were sitting it started to thunder and rain. "Oh boy, we're screwed" as we had 20km left to go. We headed out of town and at one point the rain started falling so we put rain covers on our bags (and our bodies). We soon reached the second stretch of forest.

It was hot with little wind and the rain hadn't really started, so off came the rain jackets. But this was the forest from hell. Muddy tracks full of rocks and roots and soft spots, all the time waiting for the rain to start. It took us maybe 90 minutes to do that 15km thru the forest.  Mostly it was the other guys waiting for me as I rested after a particularly harrowing run. 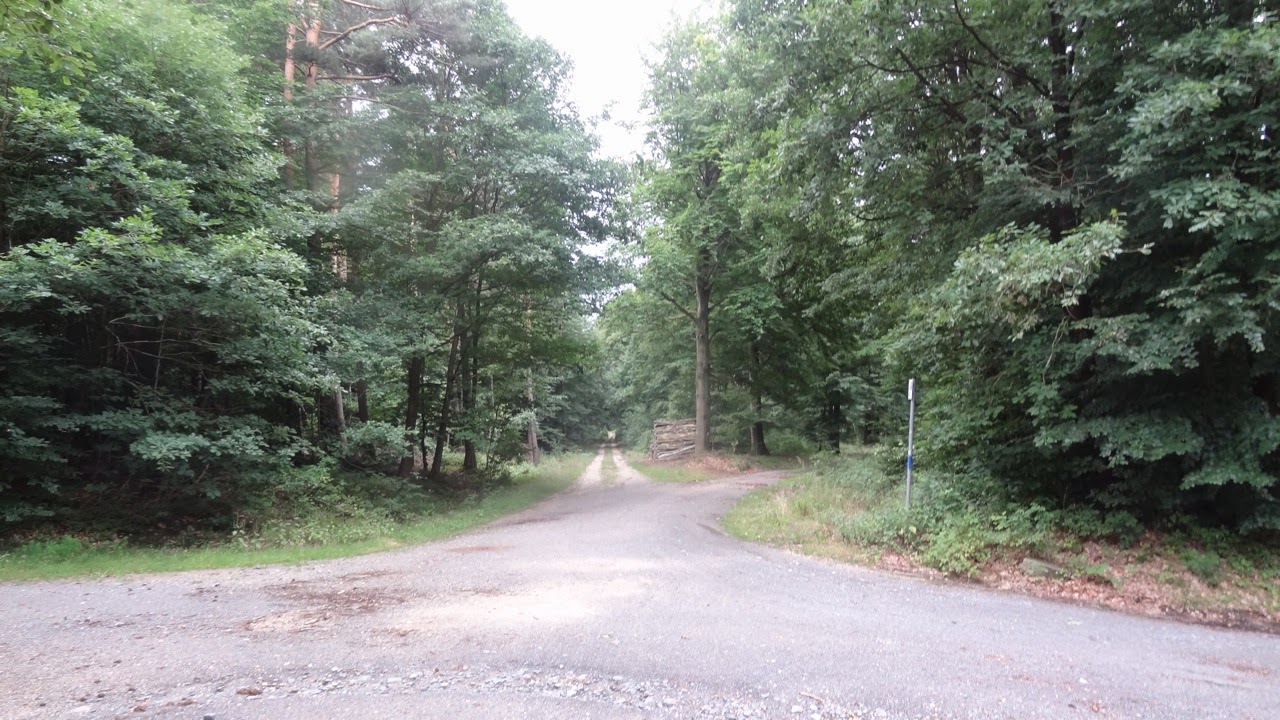 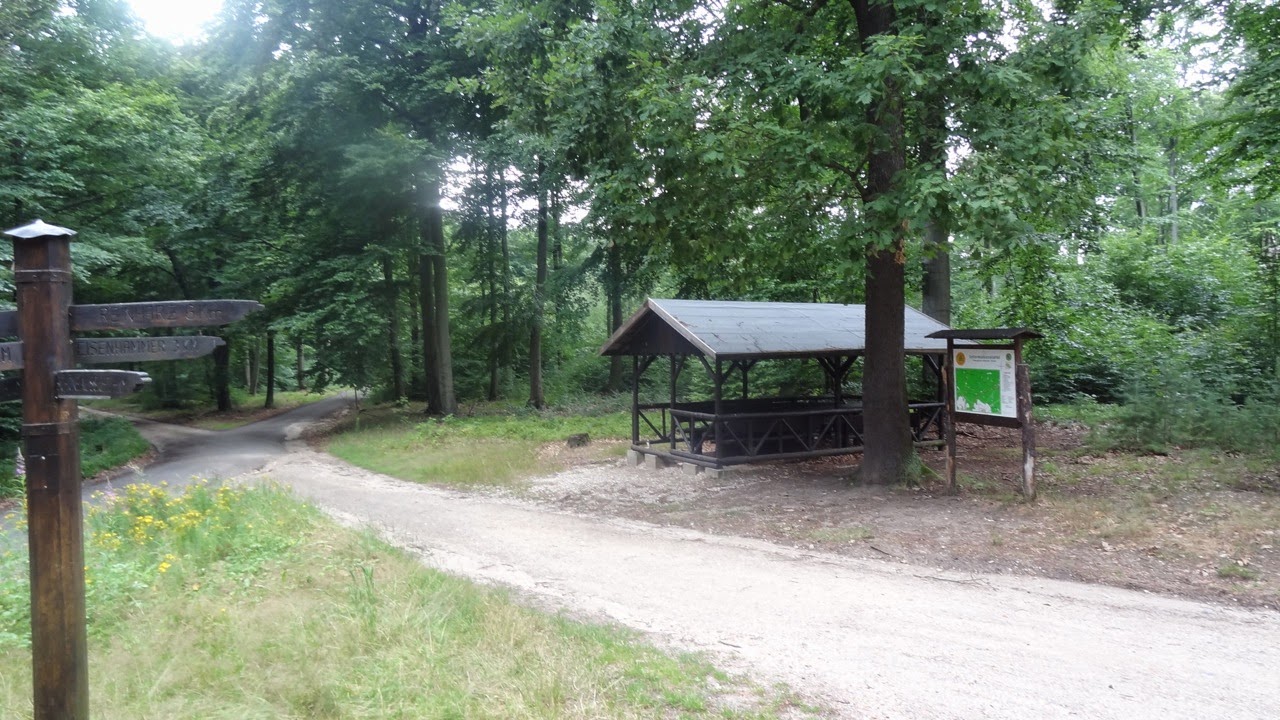 Finally we came out of the forest onto a gravel road near Bad Schmiedeberg. After 2km of that it was blessed pavement. A quick downhill run and we were at the hotel.

After some hiccups with the internet access it was off for a tasty dinner with forgettable beer. I left my camera in the room but you didn't really miss anything.

I am going to have to re-evaluate the remaining days of riding. We have a bit thru various forests and if they are all like this we may take some trains to bypass them.

I can safely say, don't even think about riding the Berlin - Leipzig Radweg without a mountain bike.