We had a very tiring 10 hour, four train ride from Rostock to Bamberg. Because we had the bikes we couldn't take faster (ICE/IC) trains and I to rely on local trains (RE/RB).

We started out with an "oops" moment -- we had everything planned: we were going to ride to the nearby S-Bahn station (which we had scoped out earlier) and get to Rostock Hbf in plenty of time to buy some sandwiches and stuff for the long day.  Except the bike garage was locked and the person who normally opened it was late. Finally, a maintenance man showed up a freed our bikes.

Tuesday, we rode out to Merkendorf to Brauerei Wagner (Hummel is closed Tuesdays) and spent a pleasant afternoon in their biergarten. As Bob said, "A perfect 6 hour bike ride -- 45 minutes riding each way and 4 1/2 hours in the biergarten."

I won't post much for the rest of the week unless there is something unusual. You can get lots of pictures of Bamberg here or at www.HaveBeerWillTravel.com

I will leave you with one picture, of the price list for Belgian beers at the new international beer shop in Bamberg (just down the street from Spezial). They even had a few American beers from Anderson Valley, Anchor Brewing and Flying Dog. It will be interesting to see if they succeed -- it is a large, prime corner location and I think you'd have to sell a lot of beer. The people behind are those behind the St. Erhard beers (brewed in Hallendorf but "from" Bamberg and mostly for export to Asia) 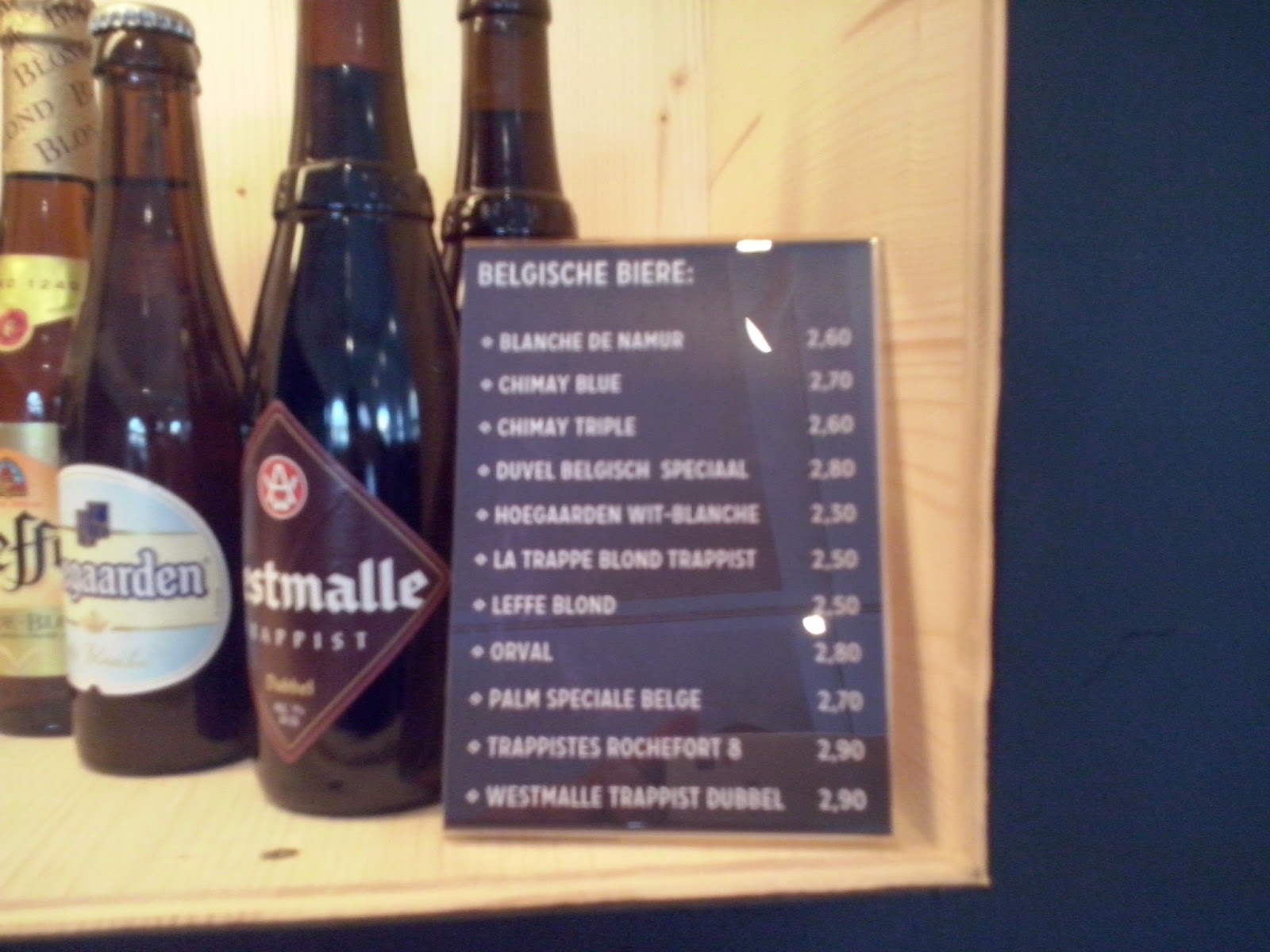