An uneventful ride from Mainz to Seligenstadt. Weather was good for riding, it was threatening rain but we avoided until the very end, where we were riding around in circles trying to find our hotel.

I'm just posting pictures for now -- rain is again forecasted for today and we want to get started before it starts.

Stopped for lunch and a Jever Pils just outside of Frankfurt. 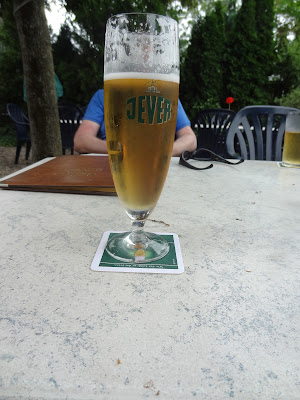 Seligenstadt is home to two breweries: a traditional old brewery Glaabsbräu and a newer microbrewery "Das Kleines Brauhaus." With our luck with brewpubs, we elected to try Glaabsbräu first, especially since we were told they had good food. 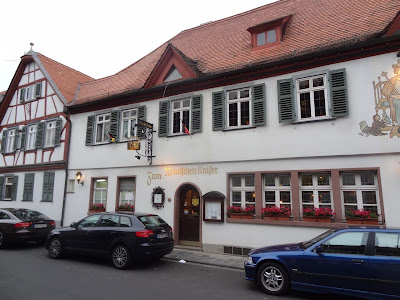 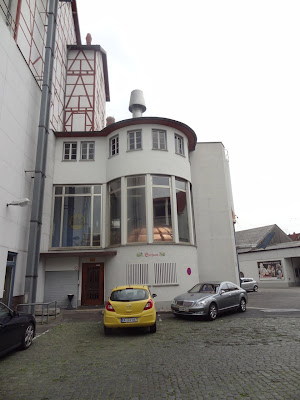 They had a nice courtyard but all the covered tables were taken or reserved, so I we took our changes near a folded umbrella. 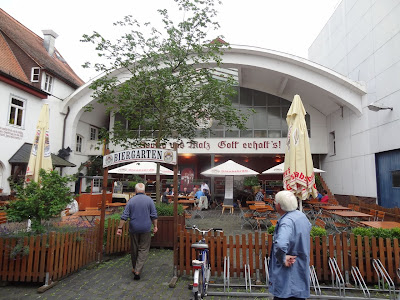 They had quite a range of beers on draft: To unfiltered lagers (called "1744") -- a pale one and a darker amber one, a Pils, and Export a Dunkel and a couple of wheat beers. We went with the Unfiltered (light and dark) and Pils. 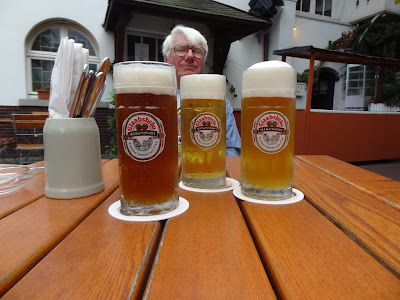 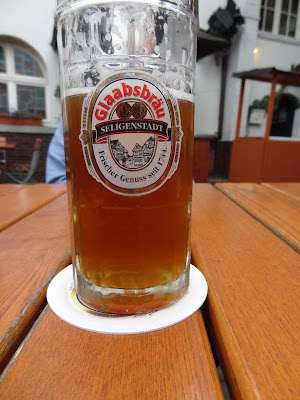 Dinner was a Schnitzel "Scharfer Maxx" -- a schnitzel with a spicy chili sause. It was good -- also had a bit of kick. So more beers were needed. 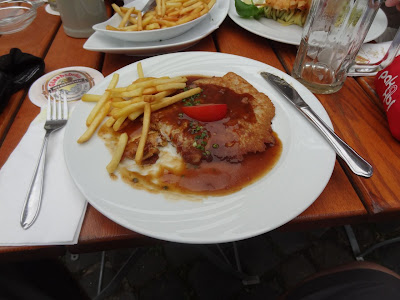 It started to rain and nobody made a move to open the umbrella (we didn't ask), so we went inside. Well, all tables inside were full or reserved as well. Except for the Stammtisch. We had finished eating, so we went back outside and stood at the "smokers table" which had no seats but was covered. Then a woman (who we later found our ran the place) came and said we could sit at the Stammtisch. It made sense, there was a Stammtisch table outside that was full and I doubt any of them would come inside. 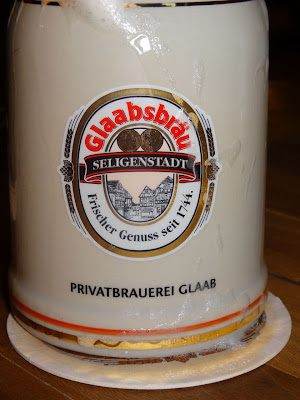 We all and another beer and this time they were served in stein krugs. 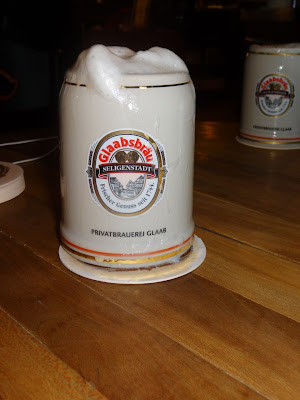 It may be we were all just tired of Bitburger, but I thought these beers were very nice and the best of all the ones in Germany I had not tried before (i.e. excluding Düsseldorf and Köln),