Back Home in Bamberg

We rode the 20km in Aschaffenburg (for a total of 354 km) and then caught the train back to Bamberg, where they have real beer.

I have to go drink beer, but I'll explain the first picture: This was a wild hop vine growing up a tree in the forest. There was a whole row of them -- I was wondering about the green berries until I realized they were hop cones. 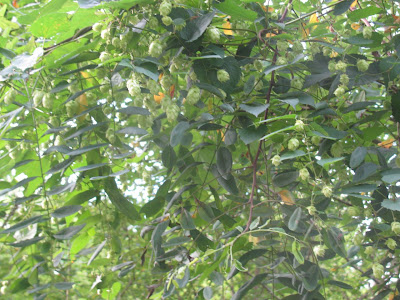 Some huge palace like building as we rolled into Aschaffenburg -- have to google to figure out what it is. I'm pretty sure it's not a brewery. 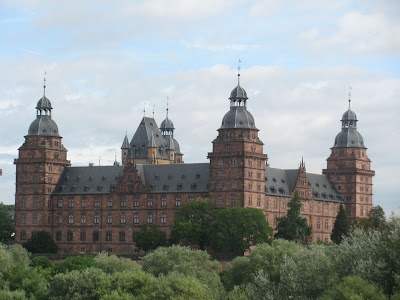 The bikes outside Aschaffenburg Main Station. They are building a huge new station -- looks like there will be a shopping mall included (but no brewery as far as we could tell) 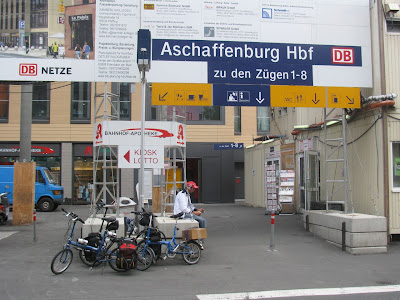 Bikes on the train back to Bamberg. 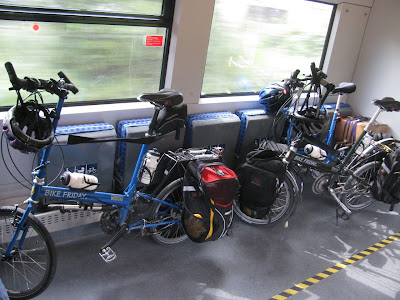 First good beer in a while -- on the way from the Bamberg train station to our apartments we passed right by Brauerei Fässla -- couldn't pass that up. 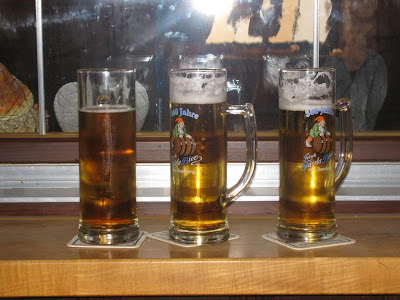 Back outside the apartment in Judenstrasse. 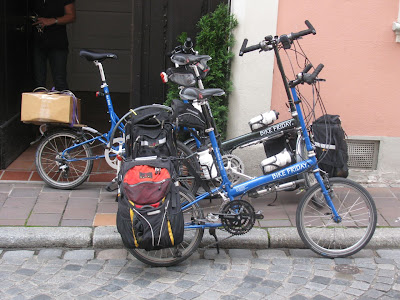 I
Schlenkerla!  It missed us while we were away. 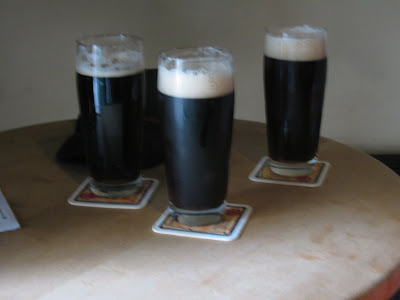 We went next door to Ambräusianum for their Helles. It was very cloudy and yeasty yet quite good. 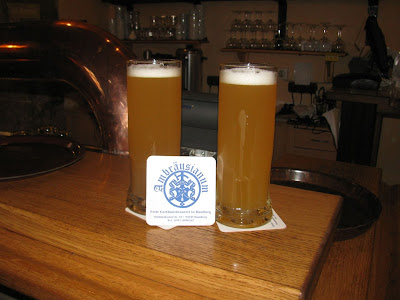 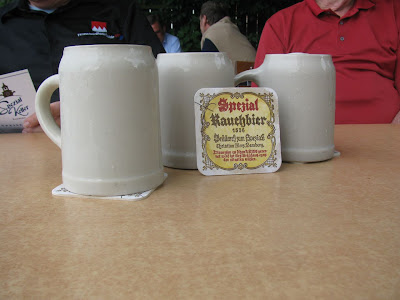 I love this tradition of showing when your mug is empty and requesting a refill. 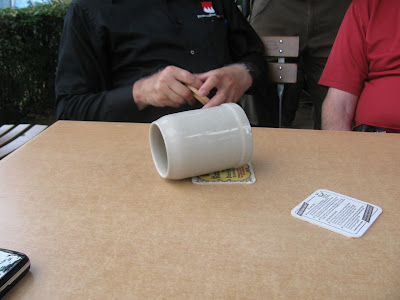 Tomorrow (Friday) will be a bit of a rest day, but I am sure there will be some beer consumed. Stay tuned for details.... (no film at 11, though)
Posted by The Mad Brewer at 2:17 PM

That castle thing is Schloss Johannisburg