So yesterday I rode off to a nearby grocery store that has "reverse vending machines" to get some bottle deposits back. So I loaded up the bike with three garbage bags of (mostly) 2-liter bottles and headed off.

When I got there, the store had removed the vending machines. It turns out the store is closing the end of the month and I guess they didn't wait to get rid of the recycle machines.

The store had big "Inventory Clearance" signs all over -- I figured there wouldn't be much in the way of groceries I wanted to buy, so I headed for another grocery store (actually closer to home but they don't have a recycling center).

I thought about just leaving the bottles at this store, figuring somebody who gathers recyclables for a living would pick them up. If I had seen anybody, I would have given them to them but just leaving them seemed like littering, so I bungie corded then to the top of the rack in the back (plus one in the basket) and took them home. The panniers are full of groceries but you can't really see that.

So I rode home like this. I got some strange looks -- I think some folks thought I was one of those who has all their belongings on their bike (we have a few of those in the neighborhood) but that is their problem, not mine... 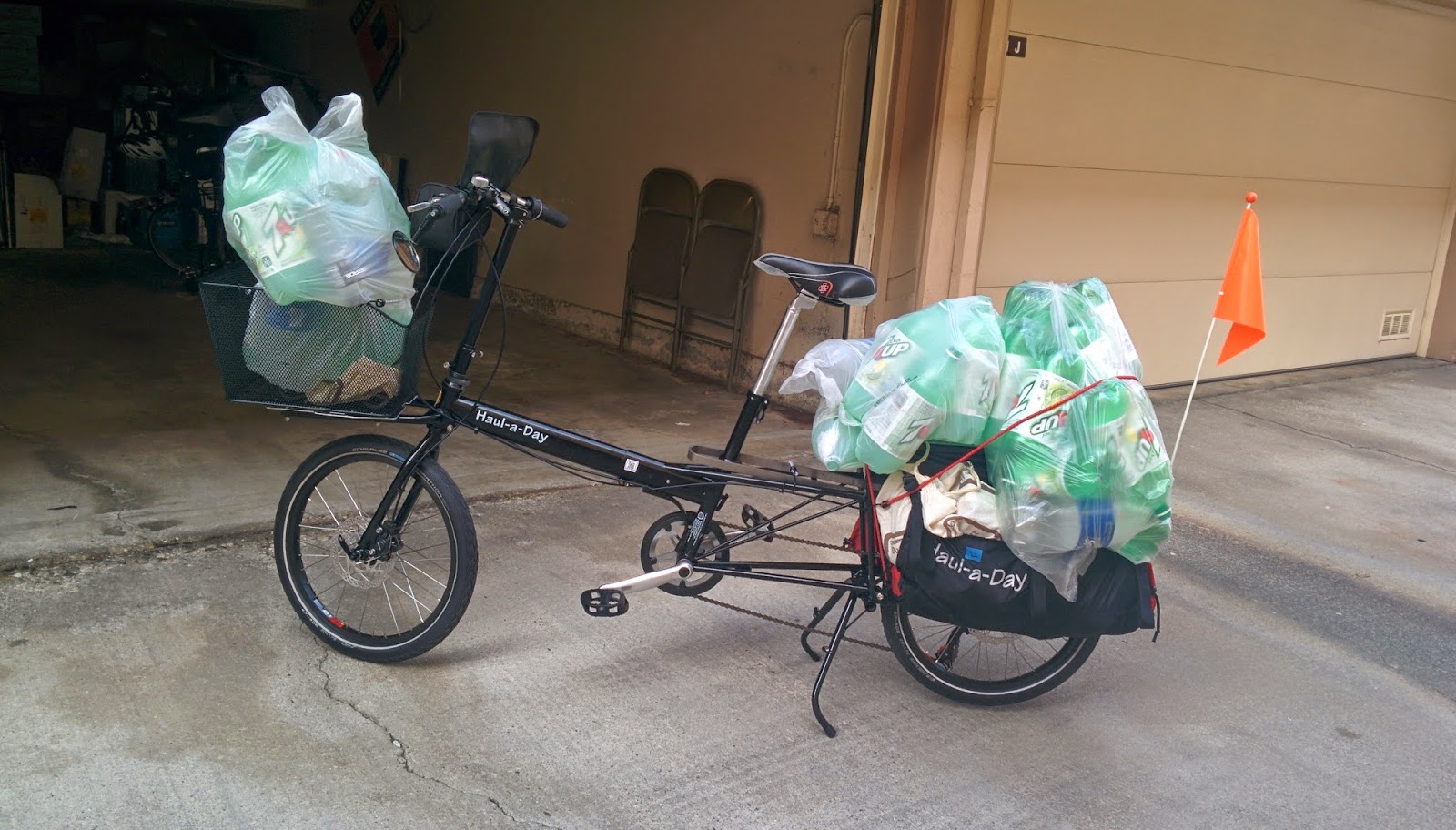 Pat and I went out riding for lunch today and while it is not the greatest picture, you can see somewhat the relative sizes. Her bike is a New World Tourist that belonged to my father. If you look at some of the pictures from 2007, 2008 and 2010 you can see this same bike next to my NWT 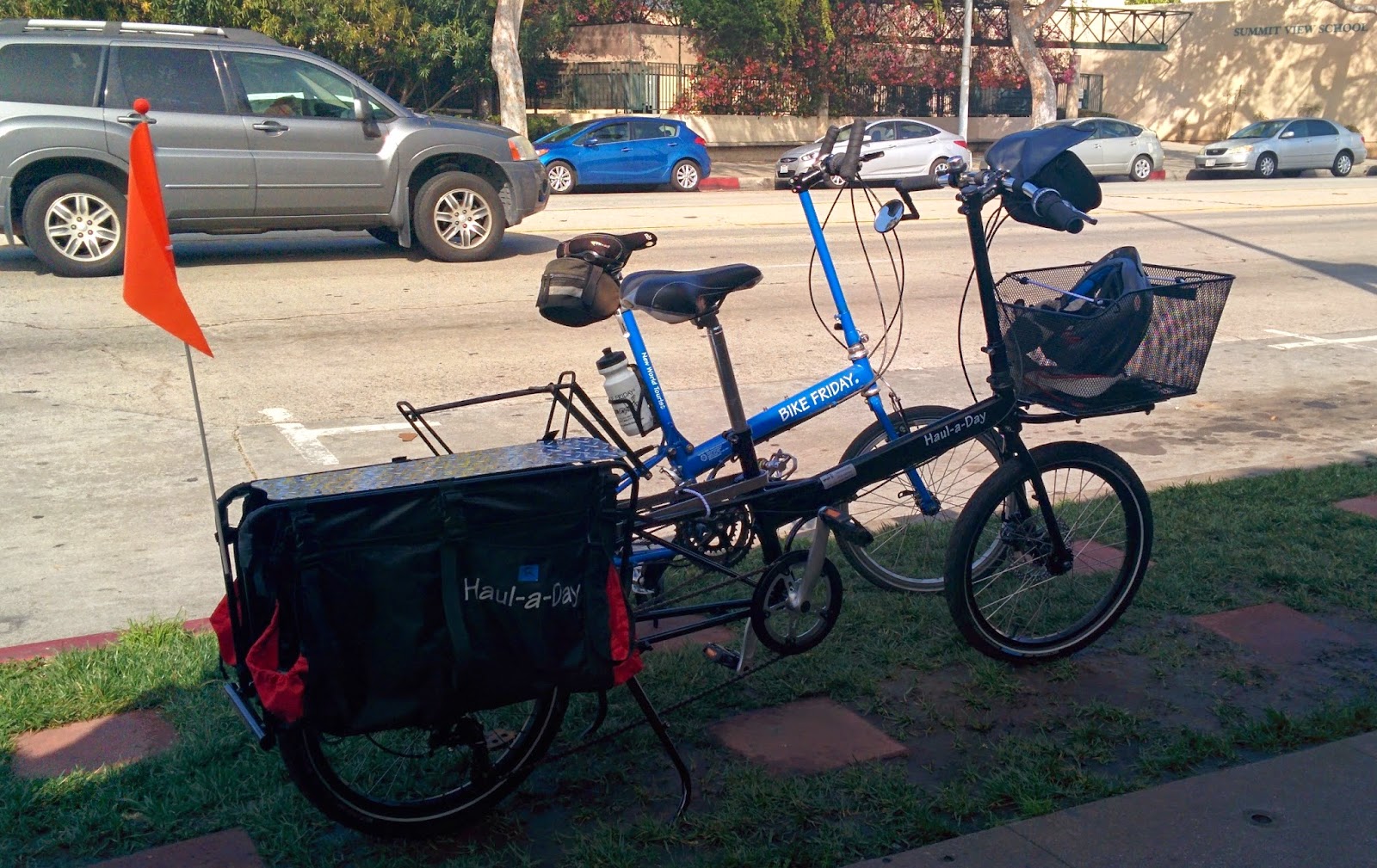